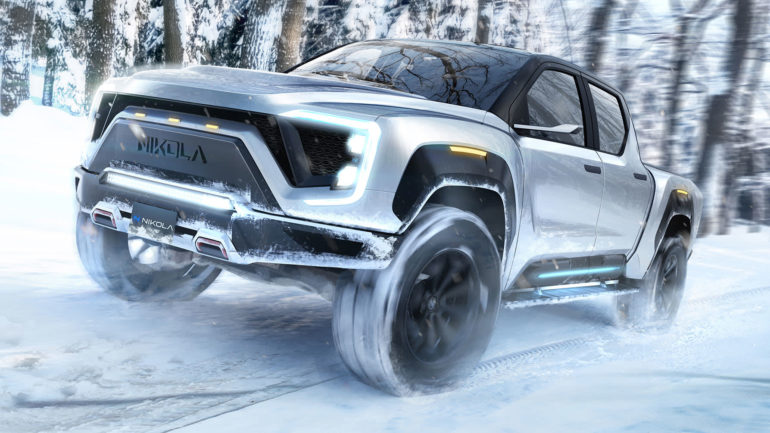 Shares of Nikola plunged more than 27% in trading Monday morning after General Motors announced that it is giving up an equity stake in the electric truck start-up and the two said they are dropping plans to build the Badger, Nikola’s pickup truck for consumers.

In September, the automakers announced a $2 billion deal that gave GM an 11% stake in Nikola to supply battery and fuel cell technologies as well as produce the Badger pickup.

The deal was initially viewed as a no-lose situation for GM but the talks became convoluted after short-seller Hindenburg Research lobbed fraud allegations against Nikola and its founder, Trevor Milton, who resigned as the company’s executive chairman on Sept. 21.

Wedbush analyst Dan Ives described the new deal as “a good supply partnership” rather than a “game changer deal” for Nikola.

“In a nutshell, the signing of GM as a partner is a positive but ultimately no ownership/equity stake in Nikola and the billions of R&D potentially now off the table is a major negative blow to the Nikola story,” he wrote in an investor note Monday morning.

The companies said they continue to discuss GM potentially supplying Nikola with battery systems for its planned electric semi-trucks.

Nikola said it will refund all previously submitted order deposits for the Badger, which was dependent on an outside partner such as GM building it.

The allegations by the short seller were published two days after the deal with GM was announced. They have led to inquiries into the company by the Department of Justice and Securities and Exchange Commission. Nikola has said it’s “fully cooperating” with the agencies.

The revised deal kicks off what was already expected to be a volatile week for Nikola stock. Aside from a Wednesday deadline to finalize a deal with GM, insiders will be able to sell for the first time on Tuesday up to 166 million shares of the company that had been prohibited from trading.

A majority of those shares – 91.6 million – are held by Milton, who disappeared from the public eye and social media after being ousted as chairman in September. He resigned after DOJ and SEC started probing the fraud allegations.