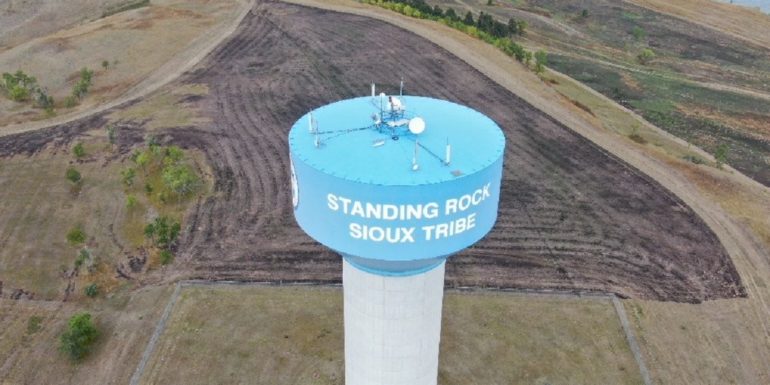 Nokia on Friday announced it’s partnering with NewCore Wireless, a hosted wireless switching provider, to deploy broadband across more than 12,000 square miles of under-served US tribal land. The deployment uses spectrum made available to tribes via the US Federal Communications Commission’s  Tribal Educational Broadband Service (EBS).

Last year, 400 Native American tribes were awarded EBS spectrum, covering tens of thousands of square miles, often in remote areas, and millions of tribal members. The Tribal EBS program comprises spectrum on the 2.5 Ghz band, which is mature and can be found in the majority of mobile phones, telephone switching equipment and add-on devices. The new Nokia-NewCore initiative will use up to 117 MHz of the Tribal EBS band, making it suitable for 4G and offering a pathway to 5G.

Nokia and NewCore are starting their buildout in North and South Dakota, Oklahoma and California. The Native American communities involved include the Standing Rock Sioux Tribe, as well as the Cheyenne and Arapaho Tribes. The first wave of deployments will over 12,000 square miles and will provide broadband connectivity to more than 15,000 tribal members.

“This initiative with Nokia and NewCore will go a long way to leveling the technology playing field for the people of the Standing Rock Sioux Tribe,” John Pretty Bear, Councilman for the Standing Rock Sioux Tribe’s Cannonball District, said in a statement. “All members of our community, including our elders whom we pride ourselves in helping, will benefit from more affordable and accessible connectivity. This is critical for the well-being of our people, especially during the pandemic where information about mass testing or vaccinations needs to be shared in real time. From online schooling, to telehealth, to affordable mobility and cellular phones, we look forward to improving the quality of life for everyone in our community.”

Moths use ultrasound to defend against bats

The partnership leverages Nokia’s Digital Automation Cloud (DAC), a platform that enables customers to create their own private wireless networks using a Nokia DA access point device and Nokia DA edge devices. The platform includes access to a catalog of applications including voice and video services. NewCore, meanwhile, will provide integration and operational capabilities, delivering an integrated network of 4.9G/LTE and 5G radio and core elements.