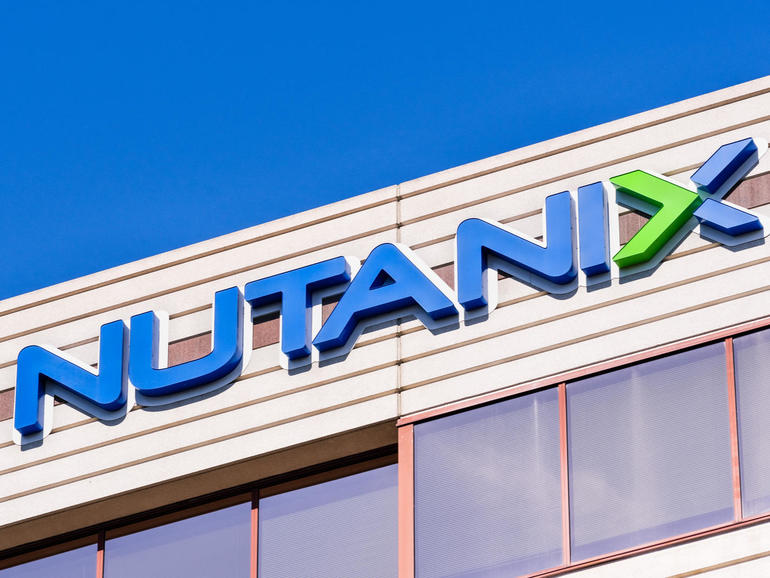 Nutanix CEO Rajiv Ramaswami hailed the company’s evolution and prospects for profitability this week during virtual Investor Day events this week and in an interview with ZDNet.

Ramaswami joined the company six months ago after years at VMware, Broadcom and Cisco, taking over for retiring co-founder Dheeraj Pandey as the company transitioned to a  subscription business model.

“We transformed our company from selling licensed software to a subscription, and 90% of our business today is subscription, so we’ve largely converted our entire business over to a subscription model. Where we’re at in this journey is, while the conversion has happened, now we have started to benefit from the renewals that will come in,” Ramaswami said.

“If a customer buys one, two or three subscriptions from us, at the end of that period they’re going to renew that business with us. What we have coming over the next couple of years is a big growing stream of renewal business that is about to kick in and those renewals can be processed in a largely automated way at much lower costs. If 80% of people process renewals, that drives both significant growth for us as well as provides a way for us to become profitable.”

Stocks for the company rose about 7% following the Investor Day event, which featured Ramaswami, CFO Duston Williams and others detailing leadership’s plans to be profitable by the second half of 2022. Nutanix brought in $344.51 million in revenue for Q3, $10 million more than expectations and nearly $300 million of which came from subscriptions.

“This is a large market opportunity. If you look at this market, you’re looking at a $60 billion total market for us. By 2025, we want to be a hybrid multicloud company where tens of thousands of our customers can trust us and work with us to help them on their journey,” Ramaswami told ZDNet.

“We’ve been a leader in hyperconvergence, a category that we pioneered. We are expanding on that and moving to the hybrid multicloud platform, enabling our customers to run their applications anywhere.”

Ramaswami added that the company has been forced to evolve as customer needs have changed rapidly. Customers now come to Nutanix for a variety of use cases related to their cloud journey, Ramaswami said, explaining that some want to get out of their data centers and move to the public cloud.

Others are looking for disaster recovery services for their on prem workloads in case of emergency.

“For example, customers have tens of thousands of remote users that they’re servicing and the platform that provides remote access to users, what happens when something goes wrong? They’re able to do disaster recovery for that and keep their users coming, even if their data centers fail, by using the public cloud as a disaster recovery site,” Ramaswami said.

“Customers are adopting these use cases, they’re getting into production and they’re realizing that this is an easy way for them to get the best out of the public cloud.”

But Ramaswami noted that even though interest in the public clouds continues to grow, almost all companies, regardless of vertical, are running their applications across a wide variety of underlying tech, particularly the kind of enterprise companies who come to Nutanix.

“Some of their applications continue to run in their data centers, some are run on their edge locations or remote offices. And some of those applications are going to run in the public cloud,” Ramaswami explained.

“For us, we see this as an opportunity to deliver a cloud platform that hides all of the underlying conflicts of these different public clouds. Every cloud is different and every cloud is a different silo and we bring all of this together, hide the underlying complexity and provide the customer with a single platform, one platform that they can run their workloads regardless of where those applications are run.”

Nutanix has dominated the HCI space and Ramaswami cited studies from Gartner MQ and Forrester Wave during the Investor Day event that showed the company was considered a leader in the storage controller software industry.

Looking ahead, Ramaswami said their work helping companies with their cloud needs would eventually lead them on the path to profitability.

“Our history has been as an innovator and pioneer. Bringing together silos of compute, storage and networking that existed inside people’s data centers, and bringing it all together and creating a very central platform that is highly resilient and that companies can run all of their applications on. That is the first 10 years of our journey,” Ramaswami said.

“The next five years we see the same opportunity, to bust silos across these different public clouds and really extend that leadership that we have with hyperconvergence and become a multicloud, hybrid cloud leader. We can do that and get substantial growth as well as be a profitable company.”