One step closer to getting 10 gigabit at home 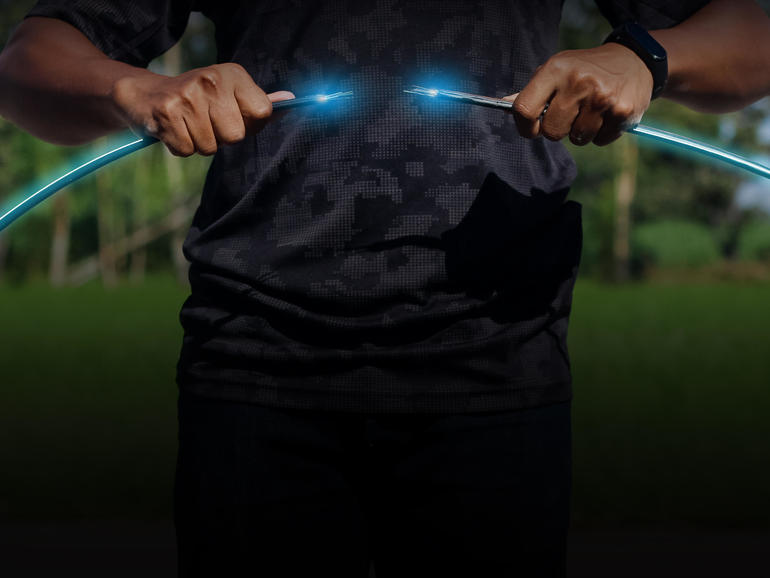 I just upgraded my internet to 1Gbps this week using a DOCSIS 3.1 cable modem. Believe it or not, I could use more. I do a lot with video-streaming, and I run virtual machines (VM) off clouds and desktop-as-a-service (DaaS). I’m not alone. With so many of us working from home now, even a 1Gbps feels confining. Now, thanks to Comcast and Broadcom, we’re seeing the first tests of full-duplex (FDX) DOCSIS 4 system-on-chip (SoC) devices.

Comcast’s tests, done between Philadelphia and Denver, show that FDX can work with DOCSIS 4. FDX enables cable internet providers to run a high-speed internet connection both upstream and downstream simultaneously. In other words, while you won’t see symmetric speeds, you will someday see 10 Gbps downstream and 6 Gbps upstream over Comcast’s hybrid-fiber coaxial (HFC) network.

There is another way to deliver DOCSIS 4 speeds: Extended Spectrum DOCSIS (ESD). This is easier to deploy since it “only” raises to 1.8Gbps while keeping downstream and upstream traffic separate as has been the case with previous DOCSIS versions. Comcast, though, is investing heavily in chasing the top price of 10Gbps. It’s possible that a single chipset could support both FDX and ESD, but we’re still years away from that silicon being forged.

Comcast has reasons for throwing its support behind a technology that’s still years away from coming to your small office/home office. As the company explained, a key advantage of DOCSIS 4 FDX is that it will enable them to deliver multigigabit speeds over its existing networks to the existing customers without needing massive digging and construction projects. So, 10-times the speed without having to spend a ton to rebuild infrastructure. Yes, I’d like this deal too if I were an ISP.

In the tests, which use experimental Broadcom SoCs, in a simulated network environment, they hit speeds of over 4Gbps both up and downstream simultaneously. This was done using DOCSIS 4’s echo cancellation and overlapping spectrum techniques. The businesses expect future optimization to push the throughput even faster.

We still don’t know when these speeds will arrive in our small offices/home offices (SOHO). CableLabs doesn’t even expect to test hardware for DOCSIS 4 certification until 2022. Nor, has Comcast announced any kind of deployment roadmap.

In a statement, Charlie Herrin, Comcast Cable’s president of technology, product, and experience, said: “We are always pushing the envelope to stay ahead of our customers’ growing needs. . . . “This milestone is particularly exciting because this technology is an important step forward toward unlocking multigigabit upload and download speeds for hundreds of millions of people worldwide, not just a select few.”

Personally, I can’t wait. I’m building a new office and I’ve already installed Cat 6 10Gbps cable in the walls. That was for my servers, but I’ll be more than happy to use it to bring 10Gbps internet into my office as well.