Climate change will affect all businesses. A US regulator wants companies to tell shareholders how 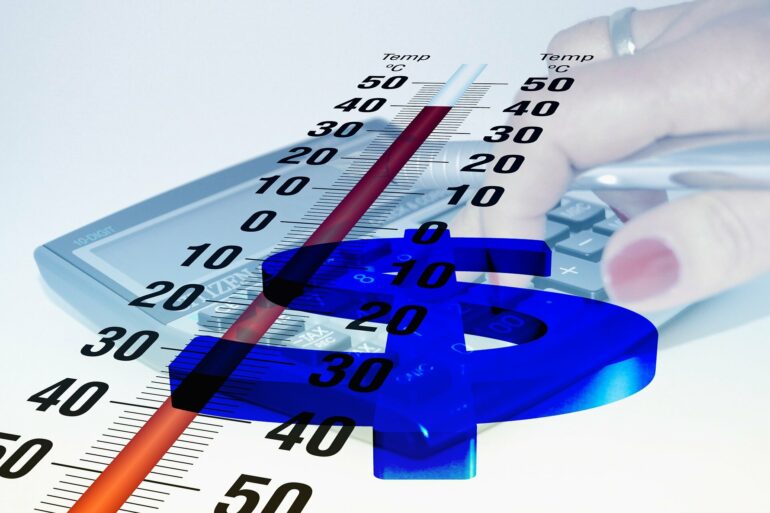 Climate change is real, and it’s happening now—from melting permafrost in the Arctic to massive flooding in Pakistan to the increased likelihood of devastating hurricanes in the Americas and elsewhere.

So why shouldn’t companies be required to report how their business affects the climate—and how climate change will affect a company’s financial health? The U.S. Securities and Exchange Commission has proposed a new rule that would require exactly that.

The rule was proposed in March with an extended public comment period that garnered more than 14,000 submissions. The rule would apply to all companies publicly traded in the United States—even if they are not U.S. based.

In a new commentary published in Science magazine, four researchers, including Edgar Hertwich, professor and International Chair in Industrial Ecology at the Norwegian University of Science and Technology (NTNU), argue in support of the new rule.

“Not until the financial sector can access and respond to signals about climate risks can we hope to move the economy on a more sustainable and stable trajectory,” the researchers wrote.

A warning from the Great Recession

Climate change poses a variety of existing and future risks, the researchers pointed out. There’s the physical risks, like those posed by sea level rise or extreme weather events, which can affect a company’s physical assets.

There are also liability risks, which could result from lawsuits from people or companies who are harmed by climate change and who can argue that the company being sued had a hand in making climate change a problem.

But the biggest risk, the researchers said, is something called transition risk.

That’s when a company’s assets—like an oil company with its wells, refineries and pipelines—lose value as society moves away from fossil fuels, and revenues from those assets decline. Depending upon the pace of the transition to greener technologies, some of those assets—such as fossil fuel reserves—could suddenly lose their entire value, the researchers said.

“About 50% of the standard portfolio of an average European financial institution is exposed to transition risks, once one considers as at risk not only fossil fuel companies, but also carbon-intensive sectors such as agriculture, aluminum, or steel,” the researchers wrote.

“As we learned with the Great Recession, the realization of systemic risk can lead to a painful recession and high unemployment levels,” Hertwich and his colleagues wrote.

Already required in some countries

The benefit of implementing the proposed SEC rule, however, is that it would apply to both U.S. and international companies traded on U.S. stock markets.

Disclosing climate risks under the approach proposed by the SEC would mean that virtually all companies would have to report under the same rules. That would prevent companies from providing a misleading picture of their climate risk, the researchers wrote.

Uniform reporting requirements are important because they allow the market—investors and lenders—to make informed decisions. These requirements, while limited by the SEC rule to companies that are traded in the United States, may have a spillover effect, the researchers said.

“Firms in countries where disclosure is not yet mandatory may also improve their transparency, to keep up with multinational firms subject to regulations in the United States,” said Jeffrey Shrader from Columbia University, one of the article’s co-authors.

This information will also give regulators the tools they will need to conduct what are called “stress tests.” This is when regulators or central banks assess the ability of a company to withstand major market shocks.

Helping foresee how markets will react

With national and international climate policies likely to affect how companies operate in the future—such as by heavily taxing or phasing out all use of fossil fuels—a climate stress test could help foresee how different companies and global financial markets will react to changes.

The proposed rule would require firms to describe their current greenhouse gas emissions and targets. They would also have to assess their climate-related risks and the management strategies that would help them prepare for coming climate policies and the increased costs of emitting CO2 and other greenhouse gases.

Starting in 2025, larger companies would also be subject to more detailed reporting that involves assessing the carbon footprint of the production and use of their products.

Researchers need to step up

All of these reporting requirements will require the research community to move into action, the researchers said, with everything from coming up with realistic climate risk scenarios to helping individual companies understand exactly what kinds of physical and other risks their operations face in an increasingly warmer world, with an unpredictable and more volatile, climate.

This, in turn, can help policymakers make better decisions, the researchers said.

“Understanding how mandatory disclosure works, including on what margins firms adjust behavior in reaction to more stringent requirements, is key to guide policymaking,” said Stefano Carattini from Georgia State University, lead author of the article.


Citation:
Climate change will affect all businesses. A US regulator wants companies to tell shareholders how (2022, October 13)