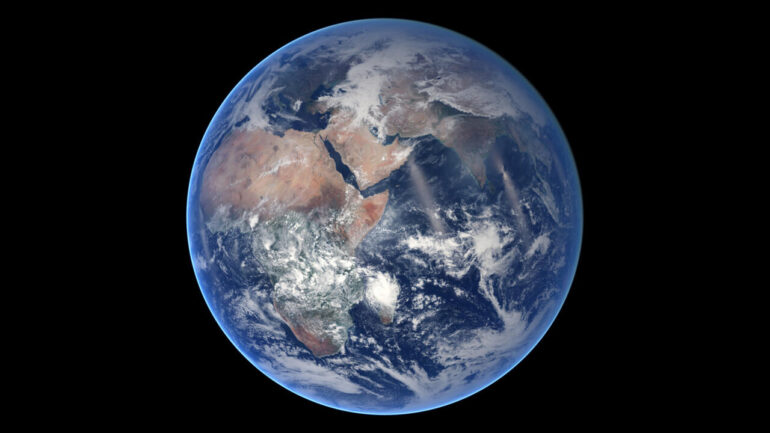 Say hello to ronnagrams and quettameters: International scientists gathered in France voted on Friday for new metric prefixes to express the world’s largest and smallest measurements, prompted by an ever-growing amount of data.

It marks the first time in more than three decades that new prefixes have been added to the International System of Units (SI), the agreed global standard for the metric system.

Joining the ranks of well-known prefixes like kilo and milli are ronna and quetta for the largest numbers—and ronto and quecto for the smallest.

The change was voted on by scientists and government representatives from across the world attending the 27th General Conference on Weights and Measures, which governs the SI and meets roughly every four years at Versailles Palace, west of Paris.

The UK’s National Physical Laboratory, which led the push for the new prefixes, confirmed that the resolution had passed in a statement.

The prefixes make it easier to express large amounts—for example, always referring to a kilometer as 1,000 meters or a millimeter as one thousandth of a meter would quickly become cumbersome.

Since the SI was established in 1960, scientific need has led to a growing number of prefixes. The last time was in 1991, when chemists wanting to express vast molecular quantities spurred the addition of zetta and yotta.

A yottameter is a one followed by 24 zeroes.

But even the mighty yotta is not enough to handle the world’s voracious appetite for data, according to Richard Brown, the head of metrology at the UK’s National Physical Laboratory.

“In terms of expressing data in yottabytes, which is the highest prefix currently, we’re very close to the limit,” Brown told AFP.

“At the bottom end, it makes sense to have a symmetrical expansion, which is useful for quantum science, particle physics—when you’re measuring really, really small things.”

New weight of the world

The new prefixes can simplify how we talk about some pretty big objects.

“If we think about mass, instead of distance, the Earth weighs approximately six ronnagrams,” which is a six followed by 27 zeroes, Brown said.

Brown said he had the idea for the update when he saw media reports using unsanctioned prefixes for data storage such as brontobytes and hellabytes. Google in particular has been using hella for bytes since 2010.

“Those were terms that were unofficially in circulation, so it was clear that the SI had to do something,” he said.

However metric prefixes need to be shortened to just their first letter—and B and H were already taken, ruling out bronto and hella.

“The only letters that were not used for other units or other symbols were R and Q,” Brown said.

Convention dictates that the larger prefixes end in an A, and the smaller ones in an O.

And “the middle of the words are very, very loosely based on the Greek and Latin for nine and 10,” Brown said.

The new prefixes should “future proof the system” and satisfy the world’s need for higher numbers—at least for the next 20 to 25 years, he added.