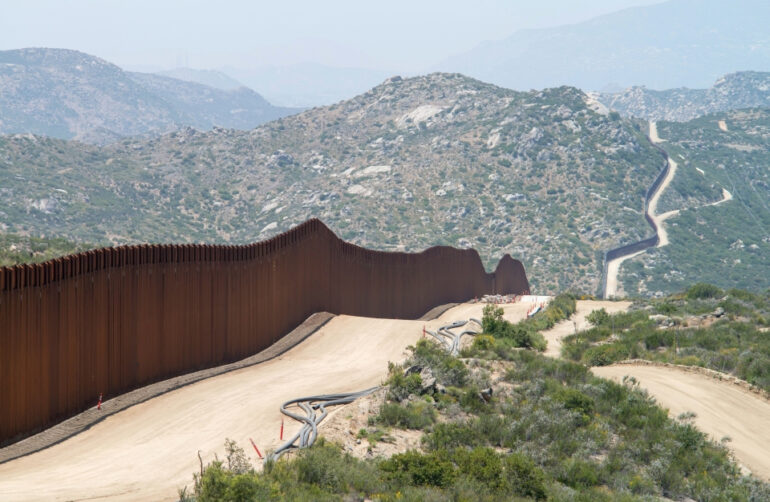 When it comes to being divisive, it doesn’t get more literal than a wall. Walls exist as a means of separation, creating a sense of security by keeping something—or more typically someone—out. And whether it’s separating Americans and Mexicans, Israelis and Palestinians, East Germans and West Germans, or any other two groups, the political divisiveness of border walls makes headlines around the globe.

Noting the strong reactions that many people have toward border walls, Penn researchers Diana Mutz and Beth Simmons wondered if walls carried a more universal meaning in the human mind, regardless of a person’s nationality. And as it turns out, they do—with real implications for international influence and soft power.

Mutz, the Samuel A. Stouffer Professor of Political Science and Communication and director of the Institute for the Study of Citizens and Politics at the Annenberg School for Communication and in the Department of Political Science in the School of Arts & Sciences, was interested in the political psychology of distance and separation. Simmons, the Andrea Mitchell University Penn Integrates Knowledge Professor in Law, Political Science, and Business Ethics at Penn Carey Law, had an ongoing project involving the consequences of increased national border infrastructure around the world.

These related research interests converged as Mutz and Simmons developed an experiment to assess how border walls influence the way that individuals regard a foreign country—and crucially, in a way that steers clear of highly polarized political feelings about border policies where they live.

“It struck us both as intuitive and consistent with a lot of psychological research that walls connote unfriendliness, a desire to be separate from what is on the other side,” Mutz says. “We thought the best way to untangle politics from perceptions would be to design an experiment that forces respondents to think beyond their own political context.”

Their findings, “The psychology of separation: border walls, soft power, and international neighborliness,” were recently published in the Proceedings of the National Academy of Sciences. The study revealed that the presence of walls lowered participants’ evaluations of the bordering countries, and implied hostile international relationships.

The consistent negative impressions that participants had of countries with border infrastructure, the co-authors say, are important for policymakers to bear in mind. These findings speak directly to the potential impact of border security policies on a country’s “soft power,” the kind of influence, both on leaders and the public, that a country gains when seen favorably by those in other countries. Soft power is determined by foreign perceptions of the attractiveness of a society’s culture, foreign policies, and values.

Working with a team of graduate students, the co-authors assembled found footage from the internet on Tajikistan and Kyrgyzstan, two countries that they felt respondents were likely to know very little about. Mutz and Simmons wanted participants to be unfamiliar with the locations involved, so their judgments wouldn’t be swayed by prior knowledge of that country’s reputation.

With the help of Waldo Aguirre and Anna Gamarnik from Annenberg’s IT department, they created a short documentary about Tajikistan’s culture and history. Respondents were shown one of three versions of the film, then asked to rate their impressions of the countries depicted. In one version, the narrator mentions that Tajikistan shares a border with Kyrgyzstan, shown as a valley between two mountains. In another version, the video refers to a “border wall,” with an image of a wall presented. The third version also shows a wall, and explicitly mentions that neighboring Kyrgyzstan originally built it.

They conducted the experiment in three countries with varied recent experiences of border infrastructure: the United States, where border walls are extensive but partial and politically controversial; Ireland, where border barriers have been dismantled since the late 1990s; and Turkey, whose border abuts a civil war in Syria and who has almost fully sealed off its southern and eastern borders.

In addition to participants having negative perceptions of countries with border walls, the results showed that the government of the country responsible for erecting the wall was regarded especially unfavorably. And while walls increased perceptions of a country’s border security, it lowered respondents’ perceived security of the people who live there.

As the authors note, these reactions were consistent regardless of participants’ political views, the political contexts of their home countries, and their distance from an international border.

“People in Ireland, the U.S., and Turkey all responded in the same way to the presence of a wall, and they all held the country that built it in lower esteem,” Simmons says. “We had assumed that those who favored walls in their own domestic political context would be less likely to draw these same inferences. That’s not at all what we found.”

Slowing down automation may have economic benefits

Positive feelings about a country’s “soft” attributes can enhance a country’s military influence and other sources of power. The potential damage that border walls may have on a nation’s image can, subsequently, erode its soft power.

This doesn’t mean that states should never erect border walls, the researchers say. “But it is important to appreciate the possibility that some symbolic security measures—of which walling may be one—may reduce a state’s attractiveness more than they enhance national security.”