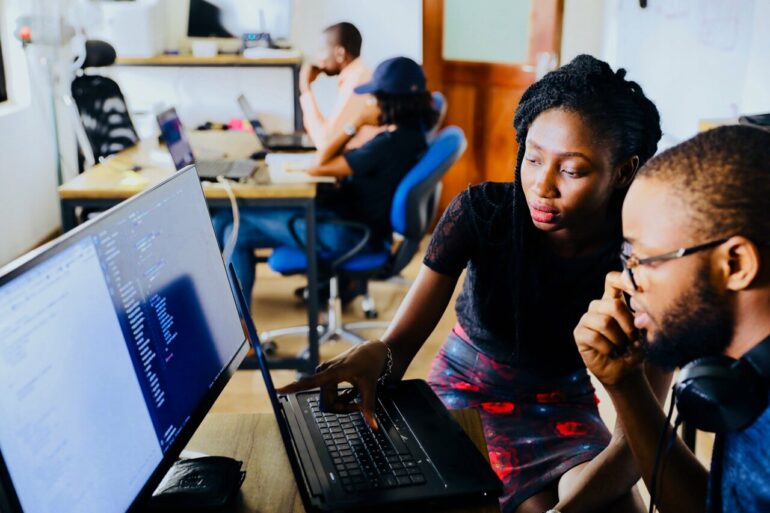 A new paper in PNAS Nexus, published by Oxford University Press, indicates that minority students who earn low grades in introductory science, technology, engineering, and math classes are less likely to earn degrees in these subjects than similar white students.

There is a persistent disparity in science, technology, engineering, and math (STEM) education outcomes in the United States. In 2018, women earned 58% of bachelor’s degrees, but only 36% of STEM bachelor’s degrees. In 2017, Black, Hispanic, and Indigenous people comprised 30% of the U.S. population, and 34% of STEM-intending incoming college students, yet they earned only 18% of actual undergraduate STEM degrees. This has implications for the diversity of STEM professions as well as for the range of research and innovation in such fields.

Students interested in such subjects typically take introductory courses like calculus or general chemistry during their first semester. Colleges may offer such courses in part with the goal of sending a message to students who receive low grades that they should pursue other fields of study. Previous research has established an association between low performance in these courses and a decreased probability of obtaining a STEM degree. However, this association may not be neutral regarding gender and race. Being assigned a low grade in introductory STEM courses might have a greater negative impact on women and racial/ethnic minorities.

Researchers examined records from 109,070 students from six large, public, research-intensive universities between 2005 and 2012, to assess whether low grades in these introductory courses disproportionately impact underrepresented minority students. The investigators studied the records of student performance in introductory courses in physical sciences, life sciences, mathematical and computational sciences, and engineering to discern the likelihood of students earning degrees in these subjects.

In an equitable education system, students with comparable high school preparation and intent to study STEM would have similar likelihoods of attaining a STEM degree when accounting for introductory STEM course performance, regardless of their sex and/or race/ethnicity. However, the researchers found significant disparities, even after controlling for academic preparation in high school and intended academic major. The probability of obtaining a STEM degree for a STEM-intending white male student with average academic preparation who receives a grade of C or better in all introductory courses is 48%. In contrast, for an otherwise similar minoritized male student, the probability is 40%. For a minoritized female student, the probability is merely 35%. More specifically, a Black male student has a 31% chance of obtaining a degree. A Black female student has only a 28% chance of earning the degree.

“Previous research has established an association between being assigned low grades in introductory STEM courses and a decreased probability of obtaining a STEM degree,” said the paper’s lead author, Nathanial Brown.

“We provide evidence that underrepresented STEM students experience greater negative impacts on graduating from low intro course grades than their white male peers, even after controlling for academic preparation in high school and intent to study STEM. Thus, introductory STEM courses are institutional structures that may exacerbate disparities in STEM education, and as such, equity issues must be central in efforts to redesign and rebuild them.”