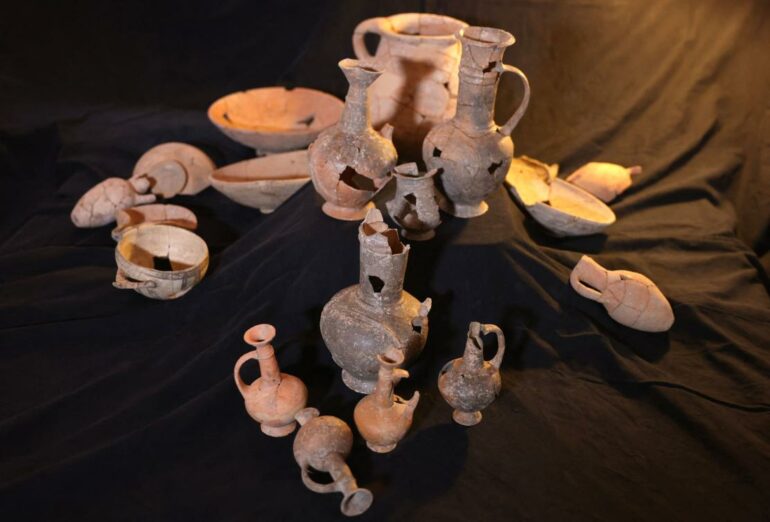 Israeli archaeologists said Tuesday they had discovered opium residue in 3,500-year-old pottery pieces, providing evidence to support the theory that the drug was used in ancient burial rituals.

The joint investigation by the Israel Antiquities Authority and Weizmann Institute of Science began in 2012 when excavations in the central Israeli town of Yehud revealed a series of Late Bronze Age graves.

Researchers found pottery vessels at the site that resembled poppy flowers—from which opium is derived—dating back to the 14th century BC.

They then examined whether they had served as containers for the drug, which earlier writing had suggested was used in burial rituals in Canaan, and found “opium residue in eight vessels”, the researchers said in a statement.

These were likely “placed in graves for ceremonial meals, rites and rituals performed by the living for their deceased family members”, said Ron Be’eri, an archaeologist with the antiquities authority.

During these ceremonies, “family members or a priest on their behalf” would “attempt to summon the spirit of their dead relatives… and enter an ecstatic state by using opium”, Be’eri said.

But he acknowledged that much remained unknown about its use in ancient times. “We can only speculate what was done with opium,” he said.