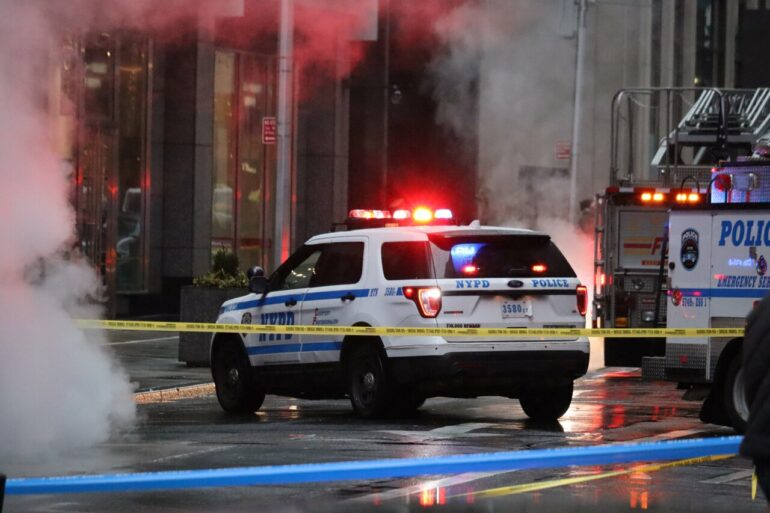 As U.S. cities rethink the role of law enforcement in nonviolent 911 emergencies, new Stanford research uncovers the strongest evidence yet that dispatching mental health professionals instead of police officers in some instances can have significant benefits.

The study of a pilot 911 response program in Denver, in which mental health specialists responded to calls involving trespassing and other nonviolent events, finds a 34% drop in reported crimes during the six-month trial. The study by Stanford scholars Thomas Dee and Jaymes Pyne also shows that the direct costs of the alternative 911 approach were four times lower than police-only responses.

“We provide strong, credible evidence that providing mental health support in targeted, nonviolent emergencies can result in a huge reduction in less serious crimes without increasing violent crimes,” says Dee, the Barnett Family Professor at the Stanford Graduate School of Education and a senior fellow at the Stanford Institute for Economic Policy Research (SIEPR).

“In our politically divisive times,” Dee says, “this first-responder innovation provides a rare opportunity for consensus on meaningfully improving public safety and health.”

The analysis—published June 8 in Science Advances—comes at a pivotal time in broader national discussions around the performance of police officers who often serve as first responders. Public attention to the challenges of providing humane and effective policing has increased dramatically since George Floyd was killed in 2020 by a Minneapolis police officer after a 911 call over an alleged counterfeit bill, as well as in the wake of concerns over the police responses to school shootings in Parkland, Florida, and, most recently, Uvalde, Texas.

This public discourse has also included growing awareness of the possibly counterproductive—and sometimes tragic—consequences of having police as the first responders to nonviolent situations involving individuals in mental-health or substance-abuse crises. Today, a small but growing number of cities around the country are piloting programs that embed mental health care and other social services in their first-responder procedures.

In general, police-reform efforts have become highly politicized. For example, while Black Lives Matter proponents call for “defunding the police” in response to police brutality, opponents argue that urban violent crime rates are rising and that reducing police involvement, whether through budget cuts or reallocating resources, will only increase crime rates.

Dee says their study’s findings indicate that there are sensible ways to reinvent first-responder services and in ways that should have uncommonly universal appeal.

A radical pilot, a trove of data

Several cities—including New York, Austin, Texas, San Francisco, San Mateo, California, and Washington, D.C.—are experimenting with new ways of responding to certain types of mental health emergencies through little or no law enforcement involvement. According to Dee and Pyne, cities have been motivated by not only high-profile cases of police brutality, but also estimates that police spend more time responding to “low-priority” calls than any other type of emergency. Those estimates, they write, suggest that as many as two-thirds of these types of 911 calls could be directed to mental-health experts.

Cities generally are exploring three alternative emergency responses: In one model, police officers are trained to direct people in crisis to appropriate services. A second approach partners law enforcement with mental health professionals. A third reform, which is more dramatic and less common, removes police altogether for some 911 calls.

Descriptive evidence from other studies suggests that these models may be effective. But until now, none have tied the cause-and-effect of these alternative approaches with empirical evidence that they work.

Enter Denver. For six months in 2020, the city tested the third, more radical approach by removing police altogether for specific 911 calls. In emergencies involving low-risk infractions such as public intoxication, welfare checks, trespassing, and public disorder, the dispatchers would send a mobile team consisting of one mental health specialist and one paramedic.

The pilot program, called the Support Team Assistance Response (STAR), caught Dee’s attention. Dee had already been working with several Bay Area cities to evaluate similar 911 reforms as the faculty director at Stanford’s John W. Gardner Center for Youth and Their Communities, and Pyne is a senior research associate at the Center. They both were intrigued by Denver’s more extreme experiment—and the fact that the city had already tried the more common tactic of additional training for police officers to better handle mental health cases.

The STAR initiative covered eight precincts in Denver’s gentrifying downtown neighborhoods, where 911 calls involving low-income, at-risk individuals in nonviolent situations were expected to be high. The STAR team handled nearly 750 incidents involving mental health, homelessness, and/or substance abuse issues during the pilot period from June to December 2020. Not all incidents started with a 911 call: In some cases, STAR teams were contacted directly by police officers, or they responded to situations they came across on their own. In each case, the STAR team would direct individuals, as needed, to substance-abuse treatment centers or other support services.

Because Denver publicly releases granular crime data, the researchers were able to track all the adult criminal offenses reported across all of Denver’s 36 police precincts from the period before STAR operations began as well as the time the program was active.

Dee and Pyne find that dispatching mental health workers made a dramatic difference. Over the span of the pilot program, reports of less-serious crimes in STAR-patrolled neighborhoods fell by 34% relative to the crime levels observed in neighborhoods where STAR was unavailable. The researchers attribute the drop in crime—which they estimate as 1,400 fewer criminal offenses based on pre-pilot rates—to fewer citations for public intoxication and other low-level infractions, as well as the likelihood that potential repeat offenders were now getting the help they needed.

Dee says the study provides “credibly causal” evidence that it’s possible to reinvent 911 responses in ways that are both radical and sensible.

“The community-response program has two benefits,” Dee says. “One, it directs people in crisis to appropriate mental health care instead of directing them to the criminal justice system. Two, it prevents future criminal activity because the people who are now receiving mental health care are not committing more offenses.”

In one of several quality checks of their data, Dee and Pyne also look at reports of more serious crimes that police, not STAR teams, responded to in the precincts covered. They find no detectable increase in those crime rates, which suggests that the STAR program drove the decrease in low-level criminal activity.

The authors also show the STAR program saved money. They calculate that the direct cost of responding to each offense came to $151 on average, which is four times less than the estimated average $646 direct cost per minor criminal offense. Dee points out that these estimates neither include the follow-up costs of substance abuse treatment or other support services, nor the costs of incarceration. Even so, he says, the benefits far outweigh the costs. “I would also argue that it’s simply about doing the right thing. People in mental-health crises need appropriate health care and they are simply less likely to get that when we direct them to the criminal justice system,” he says.

While the findings are in line with other, less-conclusive evidence from cities experimenting with new emergency response models, Dee says the study gets as close as any research to date has to linking non-police emergency response to drops in crime and costs.

“These results are extraordinarily promising,” Dee says. He cautions, however, that more pilots and studies are needed to make sure any permanent reforms are done right.

“This is not something that every 911 system should be implementing tomorrow,” he says. “This reform requires thoughtful and detailed implementation—from training people who field 911 calls to hiring the right kind of mental health interventionists and coordinating carefully with law enforcement agencies.”