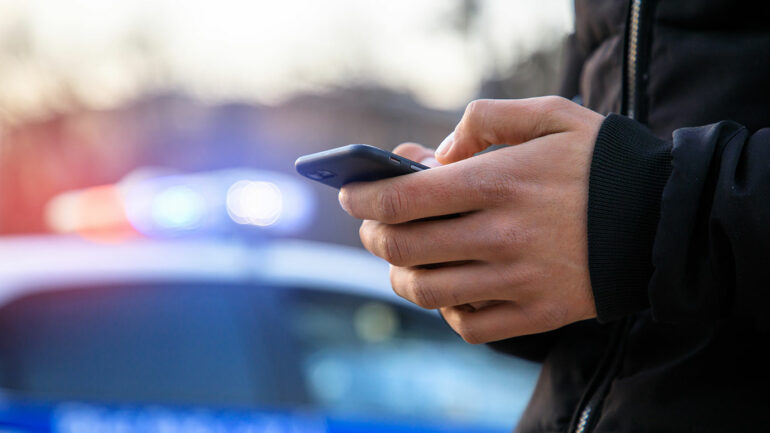 Law enforcement agencies on Facebook disproportionately post about crimes involving Black suspects, according to new research from co-authored by a University of Chicago scholar.

Facebook users are exposed to posts that overrepresent Black suspects by 25 percentage points relative to local arrest rates, according to the study, published Nov. 2 in the Proceedings of the National Academy of Sciences. The reporting trend occurs across crime types and geographic regions, but is especially prevalent in much of the Midwest and some of the South and mid-Atlantic. It also increases with the proportion of both Republican voters and non-Black residents, the researchers said.

“Public opinion about crime has a huge effect on crime policy,” said study co-author John Rappaport, a professor at the University of Chicago Law School and an expert in criminal law, criminal procedure and the criminal justice system. “What we’ve found suggests that law enforcement agencies are using Facebook in ways that are likely to move public opinion in the wrong direction, aggravating bias and generating increased demand for punitive approaches.”

The article was co-authored by Ben Grunwald of Duke University and Julian Nyarko of Stanford University.

The report’s findings are significant given the increasing importance of social media as a key source of crime news. Unlike traditional media, which can filter how law enforcement communicates with the public, social media has no external gatekeepers. Instead, law enforcement itself decides when and how to report on crime, the article explained.

The researchers gathered posts from almost 14,000 Facebook pages maintained by U.S. law enforcement agencies. By comparing the relative frequency of agency posts about Black suspects with local and aggregate arrest statistics, they examined whether law enforcement agencies expose users to an accurate representation of the interaction between crime and race or whether instead they reproduce, and threaten to entrench, stereotypes about “Black criminality.”

The researchers also measured political preferences at the county level, finding that overexposure increased, on average, with the share of Republican voters in the county—from roughly 0 overexposure where Republican candidates received 25% of the vote in presidential elections, to about 25 percentage points where they won 75% of the vote.