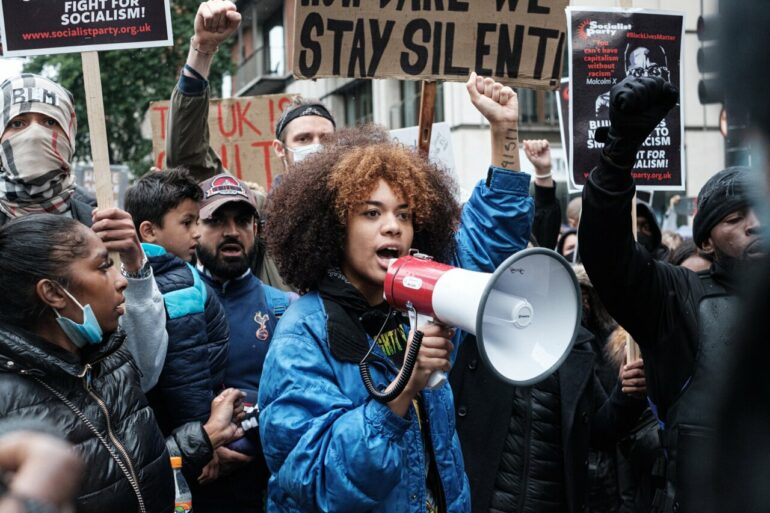 The Washington, D.C. demonstrations that followed George Floyd’s death mark some of the most racially diverse protests against racial injustice. University of Maryland Professors Dana R. Fisher and Stella Rouse find that these participants were not only motivated by systemic racism, but also by other salient issues that were specifically tied to their personal identities, according to research published today in the Proceedings of the National Academy of Sciences.

Fisher and Rouse’s research is the latest to demonstrate the ways that movements expand through the solidarity of activists motivated by their individual identities. Specifically, many activists were mobilized to organize for causes that overlap with issues important to them and connected to their personal identities, like women’s rights, LGBTQ rights, and immigration rights.

“By resonating with individuals’ subgroup identities, our paper shows how movements can mobilize a more diverse crowd,” said Fisher, a faculty member in the Department of Sociology. “The protests after George Floyd was murdered in summer 2020 were the largest sustained mobilization in American history. This type of sustained and diverse activism has real potential to motivate great social change.”

“The significant role that intersectionality played in motivating participants to take part in protests against racism in 2020 is an important finding. It demonstrates that there is an opportunity for protest movements to tap into individuals’ identities of social justice to increase diverse participation,” said Rouse, a faculty member of the Department of Government and Politics.

Excavation unearths a 1,500-year-old mystery at a Roman site in rural Britain