The Marquesas Islands: Window into a lost world 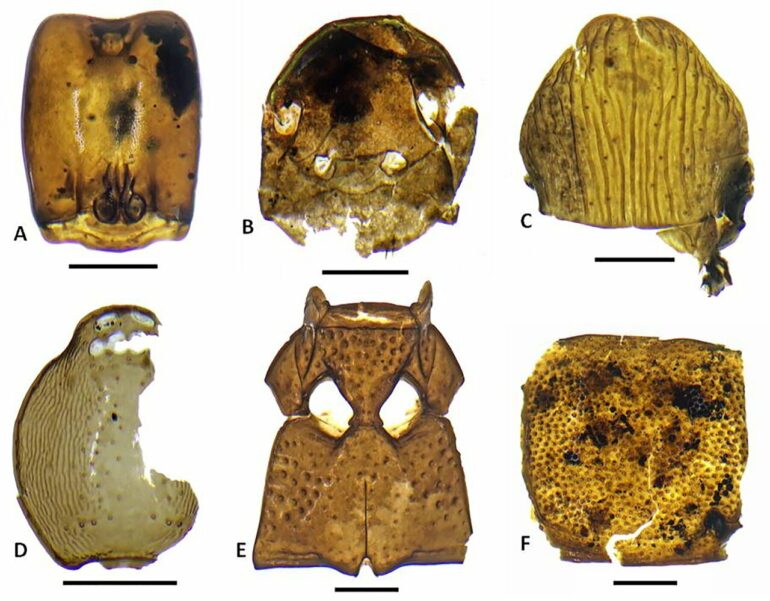 Polynesian explorers discovered a treasure trove of unique plants and animals when they arrived in the Marquesas Islands of French Polynesia, according to new research.

In a unique transdisciplinary study of the Marquesan past, University of Auckland archaeologist Professor Melinda Allen, paleoentomologist Dr. Nick Porch and paleobotanist Tara Lewis of Deakin University’s School of Life and Environmental Sciences investigated plant and arthropod (insects, spiders, mites) remains, along with indicators of early Polynesian activity, at Ho’oumi Beach on the island of Nuku Hiva.

The team hoped to build a picture of what Indigenous Polynesians, arriving in the 12th century AD from islands to the west, first encountered.

In an organic-rich, water-saturated deposit on the eastern coast of the island, Dr. Porch recovered more than 100 distinct taxa (types of organisms) including at least nine major groups and more than 39 families.

Professor Allen says radiocarbon dating of coconut shell and pandanus fruit fragments reveal the deposit formed around the mid-12th century AD, with discoveries of fine charcoal and an adzed timber pointing to a human presence, along with supporting evidence from the arthropod records.

“The sheer variety is impressive, with a remarkable array of beetles, along with ants, flies, spiders, several types of mites, a fig wasp, and other arthropods,” she says.

The team’s analysis suggests the strong possibility there are extinct species among the finds, as well as vulnerable native species that quickly disappeared on other East Polynesian islands soon after human arrival.

The team also discovered anthropophilic or “people-loving” insects, which probably hitchhiked on the rootstocks of taro, yams and other plants brought to the islands by Polynesian colonists.

Their presence is further evidence that people were on the island and beginning to explore Nuku Hiva’s many valleys, says Professor Allen.

“A distinctive beetle, two to three ant species, and a type of earwig can confidently be identified as ‘Polynesian associates.’ Two of these, the short-horned flat beetle and earwig, were also known to Māori, having recently been discovered in early garden sites on Ahuahu (Great Mercury Island) by my archaeological colleagues.”

Remains of plants previously unknown for the island are further evidence of its impressive biodiversity in previous centuries, she says.

“Fragments of fruit from a native fan palm, Pritchardia, may represent a unique Nuku Hiva species. Marquesan Pritchardia were seen by early European visitors, but today all are extinct in the wild. Marquesans used the leaves as thatch for chiefly houses and in fine weaving.”

She says the understory (beneath the forest canopy) was rich in smaller ferns and herbaceous flowering plants, and at least four look to be new species, but this unique forest has now essentially disappeared from Marquesan lowlands.

By pulling these records together a lush and nearly intact native forest begins to take shape, dominated by pandanus, palms, tree ferns, and a few native hardwoods like Pterophylla, a relation of the New Zealand kāmahi.

Still thickly forested and uninhabited, many valleys of the Marquesas Islands might look relatively undisturbed but from the early 19th century onward, introduced goats, cattle, rats and cats have wreaked havoc on the native lowland flora and fauna, says Professor Allen.

“Nonetheless recent studies show that more than 53% of Marquesan arthropods and 48% of the plants are found nowhere else in the world (endemics), with even some of the inshore fish being unique to the Marquesas.”

A new method for determining how society thinks about risk

She says these islands’ rugged topography and remote setting have fostered high levels of endemism in many groups, similar to the better known Galapagos Islands.

“These endemics, with their differing ecological specializations, evolved from a common ancestor over millennia.”

While they don’t yet have the whole story, the team feel they’ve gained a much deeper perspective of the island’s pre-western flora and fauna, and established a baseline for modern conservation efforts.

“Weaving these different lines of evidence together has refined the timing of Indigenous Polynesian arrival on Nuku Hiva. It’s also given us a richly textured view of the unique environments they discovered in this remote island chain,” says Professor Allen.

Provided by
University of Auckland