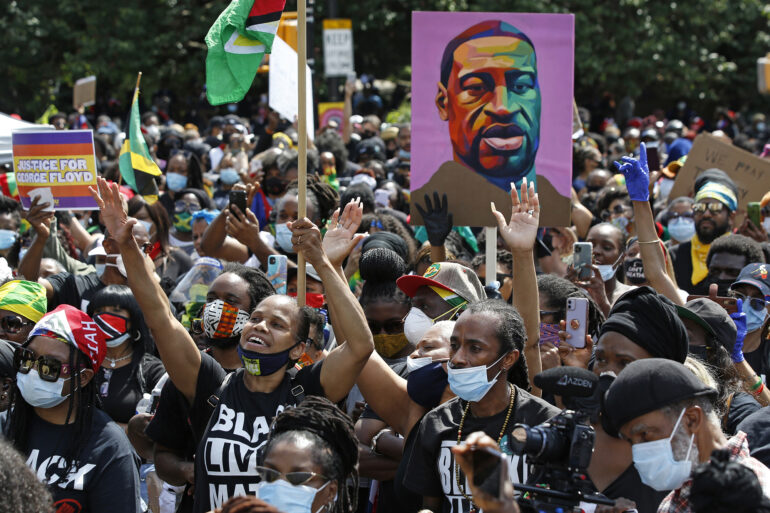 After the May 2020 death of George Floyd, large demonstrations exploded across the United States. Though the killing spurred the protests in that moment, the broader Black Lives Matter movement was fighting against police brutality and for criminal justice reform, using Twitter as an information dissemination tool.

Activists on both sides of the political spectrum can and do use social media to propagate their message. Yet they employ it in strikingly different ways, face different constraints in the process, and experience varying degrees of susceptibility to information shared in that way.

To learn more about how this dissonance—known as ideological asymmetry—plays out on Twitter, University of Pennsylvania researcher Sandra González-Bailón and colleagues from the University of Padua and the Fondazione Bruno Kessler (FBK) in Italy and the University of North Carolina (UNC) at Chapel Hill analyzed data around those extensive summer 2020 protests. They found that Twitter gives greater visibility to politically conservative news than it does content with a liberal bent, findings they share in PNAS Nexus.

“We were surprised,” says González-Bailón, an associate professor in Penn’s Annenberg School for Communication. “Previous work has documented that Twitter users tend to have a liberal bias. But we found that across the board, the news most often shared has a right-leaning bias. This increases the visibility of conservative voices, even in the context of protest mobilizations with liberal goals.”

The work follows from research conducted by González-Bailón and Manlio De Domenico, then of FBK but now at the University of Padua, comparing the influence of bots and verified Twitter accounts during the 2017 fight for Catalan independence in Spain and the 2018 yellow vest protests in France. The researchers discovered that for those contentious political events, verified media accounts played a “more visible and central role” in circulating information.

“Here we took it one step further,” says González-Bailón. Rather than focusing on misinformation, she, De Domenico, FBK postdoctoral fellow Valeria d’Andrea, and Deen Freelon from UNC Chapel Hill instead turned to the stream of coverage happening in the U.S. for the 20 days between May 28, 2020—three days after George Floyd died—and June 16, 2020.

One thing the researchers wanted to compare what was happening on the streets with the information moving across Twitter. They also wanted to identify the political slant of the news shared on platforms covering the mobilizations. To do so, they inferred the ideological composition of the audiences consuming that news. “If a news outlet is accessed predominantly by conservative audiences, we assign it a conservative label,” González-Bailón says. “Then we go to the Twitter data.”

She and colleagues identified any tweet with a link that directed users to a news source. They didn’t analyze the message content, focusing instead on the prevalence of referrals to news outlets.

González-Bailón says the findings offer evidence to support the anecdotal claim that right-leaning voices dominate on social media, even in the context of movements with progressive goals like Black Lives Matter. She and colleagues are currently trying to determine whether the same bias occurs on Facebook and other social media sites.

Exploring perceptions of faces paired with fake news on Twitter

They’re also hoping to understand the why of it all. “Conservative voices gain more prominence in online spaces. The root cause for this is what we should be investigating next,” she says. It’s likely some combination of algorithms and social amplification feeding off one another, she says, but it’s something the researchers are trying to disentangle. “We still care about misinformation, and we should absolutely fight it,” she says. “But, if these sites are giving more visibility to one side of the ideological divide, we also need to know that and to understand the consequences.”