When Fox News viewers flip to CNN, their opinions shift too, study finds 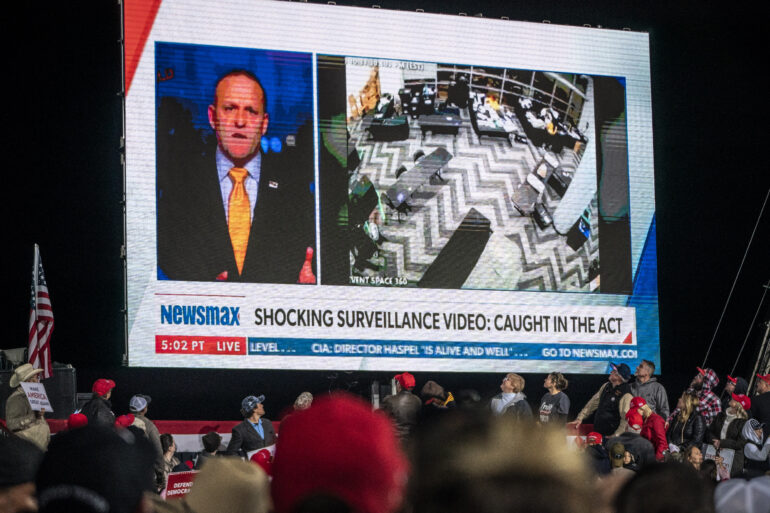 Staunchly conservative Fox News viewers who spent a month tuning in to CNN instead reported a broad shift in their political opinions—until they returned to watching Fox, according to new research co-authored at UC Berkeley.

After nearly four weeks of watching CNN in September 2020, the Fox News regulars remained firmly conservative. Still, the study found, they were more supportive of voting by mail, less likely to believe that Democratic candidate Joe Biden wanted to eliminate all police funding, and had less positive evaluations of then-President Donald Trump and other Republican politicians.

The effect, however, was short-lived. Two months after the study period ended, most of the participants had abandoned CNN, and the changes in their opinions had faded away, said the study by political scientists David E. Broockman at UC Berkeley and Joshua L. Kalla, who received his Ph.D. at Berkeley and is now on the faculty at Yale University.

In an interview, Broockman said that the increasing influence of partisan media, such as Fox, CNN and MSNBC, raises concerns about the nation’s political health.

“Partisan media aren’t just putting a thumb on the scale for their side,” he said. “They’re also hiding information that voters need to hold politicians accountable. That’s not just good for their side and bad for the other side—it’s bad for democracy, and for all of us.”

Still, Broockman stressed that the research offers cause for hope in an era of deep political polarization.

“Even among the most orthodox partisans and partisan media viewers,” he said, “those who receive a sustained diet of information that helps them see the bigger picture actually are open-minded enough to understand that their side isn’t doing a perfect job, either.”

The draft research was posted online last week and is currently under peer review.

At the start, they were devoted to Fox News

Broockman and Kalla started with a premise: Earlier studies suggested that viewers of partisan media would reject information offered by an opposing source as inherently untrustworthy. If partisan media users would, in effect, switch sides for a period of time, research could assess the persuasive powers of such media.

Trump was president when the study began, and the researchers had a limited budget. They hypothesized that Fox concealed information about Trump’s performance, and that created a window for study. Had a Democrat been president, they wrote, they would have reversed the study, asking CNN viewers to switch to Fox.

The researchers identified 763 individuals who were willing to watch a different network for at least one hour per week. Those viewers “were overwhelmingly strongly conservative and politically engaged,” the co-authors wrote. Virtually all of them were white, and they were generally older, with an average age of 54.

And they were devoted to Fox News, watching an average of 14 hours a week of prime-time programming that features such popular and controversial figures as Tucker Carlson, Sean Hannity and Laura Ingraham.

Some 40% of those subjects were randomly assigned to the main study group and were offered $15 an hour to watch CNN rather than Fox during weeknight, prime-time hours. To make sure that they were actually watching CNN instead of Fox, the subjects were given weekly “quiz surveys” about what was on CNN when they had signed up to watch.

The other study participants were not offered financial incentives to watch CNN, but the researchers kept surveying them.

Broockman and Kalla closely evaluated both Fox and CNN news coverage in that period, which coincided with an intensifying campaign just two months before the election. Differences in the networks’ coverage that month were stark.

Fox focused intensively on racial issues and racial protests that had followed the police killing of George Floyd a few months earlier. Democrats were portrayed as aligned with the tactics and demands of radical and sometimes violent protesters.

While the COVID-19 pandemic was still in its pre-vaccine phase, Fox was largely downplaying the threat.

“Fox News was essentially giving its viewers no information about the fact that infection rates were much higher in the U.S. than in other countries, or about some of the mistakes Trump had made managing the pandemic,” Broockman explained.

Fox also covered pandemic-related efforts to expand voting by mail, but suggested that this would expand the risk of election fraud.

CNN’s coverage of the pandemic focused heavily on the severity of the crisis and Trump’s seeming failures in addressing it, they found. And its coverage of voting by mail was largely sympathetic.

The news changed viewers’ opinions, but not their values

On these issues and others, the switch to CNN seemed to have a powerful impact.

To be sure, conservatives did not become liberals, and Trump supporters did not suddenly embrace Biden. Attitudes about policing, climate change and race were largely unchanged.

But when compared to viewers in the unpaid group who had less incentive to watch CNN, those in the main group who changed their viewing for a month were:

“We’re not turning them into an MSNBC or CNN audience,” Broockman said. “But they start to realize, “You know, maybe Trump isn’t doing as good a job on handling the coronavirus as I thought.” They start to be aware of some new information, and they’re not just rejecting it as fake news. They’re saying, “I still like Trump, but maybe he could do a better job at this.'”

Why did these shifts occur? Kalla and Broockman described a bias resulting from “partisan coverage filtering”—a phenomenon in which partisan outlets selectively report information that’s more favorable to their side in political conflict, which leads viewers to learn different sets of biased information.

The more that people watch their favorite network, the more its coverage “replenishes” partisan beliefs and loyalties, they wrote. In effect, the biased coverage drives polarization and constantly reinforces it, giving the networks’ biases “tremendous ongoing power.”

Cooperation among strangers has increased since the 1950s

If that cycle is broken, then people can expand their understanding. But the findings also point to the risk that partisan media pose for democracy.

“How can a voter hold a politician accountable for an act of malfeasance if they do not know it occurred?” the authors asked in their study. “Or, alternatively, how can voters reward a … politician for good performance if their chosen media network does not inform them of it?”

The shifts faded, and viewers returned to set positions

The changes persisted after the month-long study period closed, at least briefly.

Three days after the period closed, the divergence between the main study group and the group that watched less CNN was substantial on issues such as COVID, race and election security. Overall, the study found, the main group was “far less likely” than the unpaid group to view Fox’s priority issues as important, it saw COVID as a more important threat.

But while the main study group’s trust of Trump fell, its trust of Biden did not rise. While it viewed Fox less favorably, it did not view CNN more favorably.

After two months had passed, the authors found, the Fox News viewers had returned almost completely to their earlier viewing habits—and to their former political opinions.

Still, the findings offer a signal of hope that even deep differences in a polarized public are not set in cement. Change, the research suggests, is possible.

Former President Barack Obama cited the Broockman-Kalla research yesterday as a cause for optimism in remarks at a conference on democracy and disinformation hosted by the University of Chicago Institute of Politics and The Atlantic magazine.

“I think we underestimate the degree of pliability in our opinions and our views,” Obama told the audience. “I take that as hopeful…. The divisions that we see in our democracy—of race, of region, of faith, of identity—those are there. They are not creations of social media, they’re not creations of a particular network. They’re deeply rooted, and they’re hard to work through.”

Citing the famous quote by Abraham Lincoln, Obama continued: “You can either encourage the better angels of folks’ nature, or the worst. Democracy is premised on the idea that we can come up with processes, including how we share information and argue about information, that encourages our better angels. And I think that’s possible.”