Our current food system can feed only 3.4 billion people sustainably 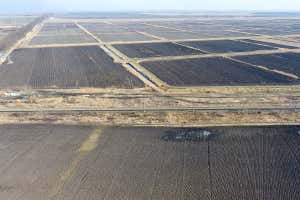 Our current food system can feed only 3.4 billion people without transgressing key planetary limits, according to an analysis of the global farming system. However, reorganising what is farmed where – along with some changes in diets – would enable us to feed 10 billion people on a sustainable basis, suggests the analysis.

“We should not go any further in the direction of producing food at the cost of the environment,” says Dieter Gerten at the Potsdam Institute for Climate Impact Research in Germany, an author of the study.

In 2009, researchers identified nine so-called planetary boundaries: limits that we shouldn’t exceed if we want to maintain Earth’s life-support systems. Gerten’s team looked at the four boundaries that are relevant to farming: not using too much nitrogen, which causes dead zones in lakes and oceans; not taking too much fresh water from rivers; not cutting down too much forest; and maintaining biodiversity.

The team’s conclusion is that half of food production today violates these limits. However, this analysis is also the first to provide insights into where, geographically, these limits are being transgressed. By changing what is farmed where, the team says it would be possible to feed 10 billion people within the four limits.