Out of Deep-Sea Mud, a Strange Blob May Hold Secrets to the Origins of Complex Life 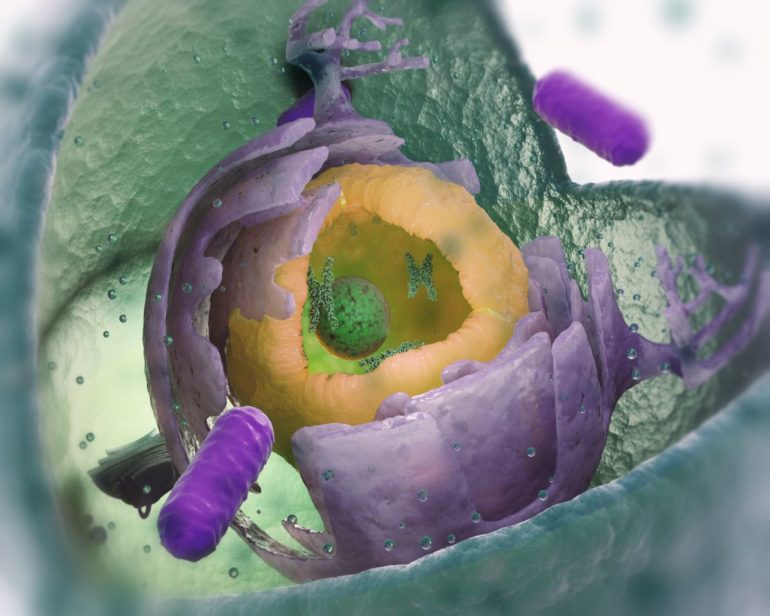 A microbe found in the muddy depths of the Pacific Ocean doesn’t look like much other than a blob with tentacles. But this unassuming little organism may hold the secrets to how the first multicellular life-forms evolved, according to new research.

Long before complex organisms existed, the world was home to simple single-celled organisms, archaea and bacteria. Between 2 billion and 1.8 billion years ago, these microorganisms began to evolve, leading to the emergence of more complex life-forms called eukaryotes, a group that includes humans, animals, plants and fungi. But this incredible journey over which life transitioned from swimming blobs to walking (and, in some cases, thinking and feeling) animals is still poorly understood.

Scientists had previously hypothesized that a group of microbes called Asgard archaea were the much-sought ancestors of eukaryotes, because they contain similar genes to their complex counterparts, according to a statement. To analyze what these microbes looked like and how this transition might have happened, a group of researchers in Japan spent a decade collecting and analyzing mud from the bottom of the Omine Ridge off the coast of Japan.

Immune and clotting components in blood could contribute to psychosis

The team kept the mud samples — and the microorganisms in them — in a special bioreactor in the lab that mimicked conditions of the deep sea in which they were found. Years later, they began to isolate the microorganisms within the samples. The scientists’ initial purpose was to find microbes that eat methane and that might be able to clean up sewage, according to the New York Times. But when they discovered that their samples contained a previously unknown strain of Asgard archaea, they decided to…