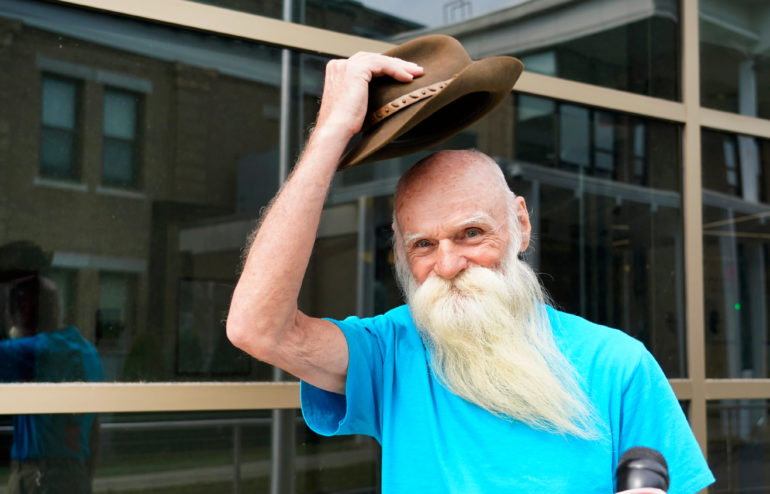 Palantir CEO Alexander Karp has donated $180,000 to a New Hampshire hermit who has garnered media attention in recent weeks after the cabin he was living in burned down.

The money was a personal donation from Karp, a spokesperson told CNBC. Karp earned compensation worth about $1.1 billion in 2020.

David Lidstone, 81, known as “River Dave,” was jailed July 15 for allegedly squatting on a property for nearly 30 years. The cabin he was living in burned to the ground on Aug. 4, according to the AP.

“How can I express myself and my gratitude towards something like that? I start to tear up whenever I think about it,” Lidstone told the Concord Monitor of Karp’s donation. “For an old logger who always had to work, for anyone to give you that type of money, it’s incredibly difficult for me to get my head around.”

Lidstone told the AP the former property owner had given him permission to live on the land. The current property owner, who learned of Lidstone from a town administrator in 2015, wanted him out, the AP reported. The judge ultimately granted Lidstone’s release from jail.

Before the donation, Lidstone had reportedly received at least 20 relocation offers as far away as California, the AP said.