A better way to quantify radiation damage in materials 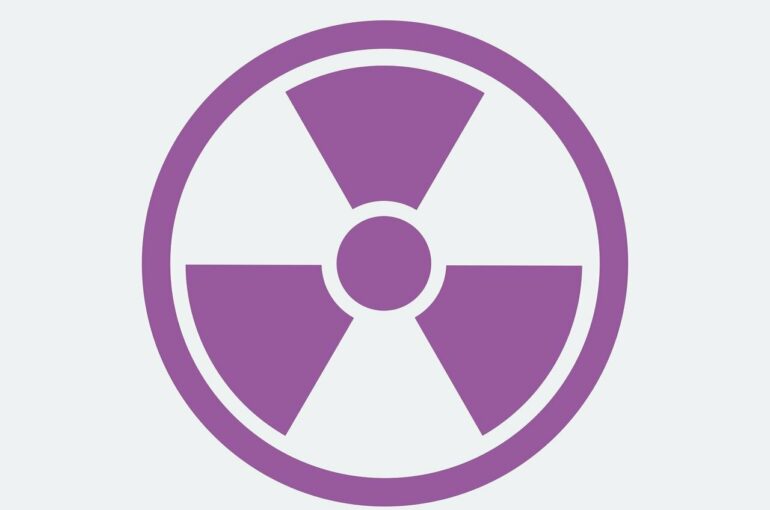 It was just a piece of junk sitting in the back of a lab at the MIT Nuclear Reactor facility, ready to be disposed of. But it became the key to demonstrating a more comprehensive way of detecting atomic-level structural damage in materials—an approach that will aid the development of new materials, and could potentially support the ongoing operation of carbon-emission-free nuclear power plants, which would help alleviate global climate change.

A tiny titanium nut that had been removed from inside the reactor was just the kind of material needed to prove that this new technique, developed at MIT and at other institutions, provides a way to probe defects created inside materials, including those that have been exposed to radiation, with five times greater sensitivity than existing methods.

The new approach revealed that much of the damage that takes place inside reactors is at the atomic scale, and as a result is difficult to detect using existing methods. The technique provides a way to directly measure this damage through the way it changes with temperature. And it could be used to measure samples from the currently operating fleet of nuclear reactors, potentially enabling the continued safe operation of plants far beyond their presently licensed lifetimes.

The findings are reported in the journal Science Advances in a paper by MIT research specialist and recent graduate Charles Hirst Ph.D. ’22; MIT professors Michael Short, Scott Kemp, and Ju Li; and five others at the University of Helsinki, the Idaho National Laboratory, and the University of California at Irvine.

Rather than directly observing the physical structure of a material in question, the new approach looks at the amount of energy stored within that structure. Any disruption to the orderly structure of atoms within the material, such as that caused by radiation exposure or by mechanical stresses, actually imparts excess energy to the material. By observing and quantifying that energy difference, it’s possible to calculate the total amount of damage within the material—even if that damage is in the form of atomic-scale defects that are too small to be imaged with microscopes or other detection methods.

The principle behind this method had been worked out in detail through calculations and simulations. But it was the actual tests on that one titanium nut from the MIT nuclear reactor that provided the proof—and thus opened the door to a new way of measuring damage in materials.

The method they used is called differential scanning calorimetry. As Hirst explains, this is similar in principle to the calorimetry experiments many students carry out in high school chemistry classes, where they measure how much energy it takes to raise the temperature of a gram of water by one degree. The system the researchers used was “fundamentally the exact same thing, measuring energetic changes. … I like to call it just a fancy furnace with a thermocouple inside.”

The scanning part has to do with gradually raising the temperature a bit at a time and seeing how the sample responds, and the differential part refers to the fact that two identical chambers are measured at once, one empty, and one containing the sample being studied. The difference between the two reveals details of the energy of the sample, Hirst explains.

“We raise the temperature from room temperature up to 600 degrees Celsius, at a constant rate of 50 degrees per minute,” he says. Compared to the empty vessel, “your material will naturally lag behind because you need energy to heat your material. But if there are changes in the energy inside the material, that will change the temperature. In our case, there was an energy release when the defects recombine, and then it will get a little bit of a head start on the furnace … and that’s how we are measuring the energy in our sample.”

Hirst, who carried out the work over a five-year span as his doctoral thesis project, found that contrary to what had been believed, the irradiated material showed that there were two different mechanisms involved in the relaxation of defects in titanium at the studied temperatures, revealed by two separate peaks in calorimetry. “Instead of one process occurring, we clearly saw two, and each of them corresponds to a different reaction that’s happening in the material,” he says.

They also found that textbook explanations of how radiation damage behaves with temperature weren’t accurate, because previous tests had mostly been carried out at extremely low temperatures and then extrapolated to the higher temperatures of real-life reactor operations. “People weren’t necessarily aware that they were extrapolating, even though they were, completely,” Hirst says.

“The fact is that our common-knowledge basis for how radiation damage evolves is based on extremely low-temperature electron radiation,” adds Short. “It just became the accepted model, and that’s what’s taught in all the books. It took us a while to realize that our general understanding was based on a very specific condition, designed to elucidate science, but generally not applicable to conditions in which we actually want to use these materials.”

Now, the new method can be applied “to materials plucked from existing reactors, to learn more about how they are degrading with operation,” Hirst says.

“The single biggest thing the world can do in order to get cheap, carbon-free power is to keep current reactors on the grid. They’re already paid for, they’re working,” Short adds. But to make that possible, “the only way we can keep them on the grid is to have more certainty that they will continue to work well.” And that’s where this new way of assessing damage comes into play.

While most nuclear power plants have been licensed for 40 to 60 years of operation, “we’re now talking about running those same assets out to 100 years, and that depends almost fully on the materials being able to withstand the most severe accidents,” Short says. Using this new method, “we can inspect them and take them out before something unexpected happens.”

In practice, plant operators could remove a tiny sample of material from critical areas of the reactor, and analyze it to get a more complete picture of the condition of the overall reactor. Keeping existing reactors running is “the single biggest thing we can do to keep the share of carbon-free power high,” Short stresses. “This is one way we think we can do that.”

The process is not just limited to the study of metals, nor is it limited to damage caused by radiation, the researchers say. In principle, the method could be used to measure other kinds of defects in materials, such as those caused by stresses or shockwaves, and it could be applied to materials such as ceramics or semiconductors as well.

In fact, Short says, metals are the most difficult materials to measure with this method, and early on other researchers kept asking why this team was focused on damage to metals. That was partly because reactor components tend to be made of metal, and also because “It’s the hardest, so, if we crack this problem, we have a tool to crack them all!”

Measuring defects in other kinds of materials can be up to 10,000 times easier than in metals, he says. “If we can do this with metals, we can make this extremely, ubiquitously applicable.” And all of it enabled by a small piece of junk that was sitting at the back of a lab.