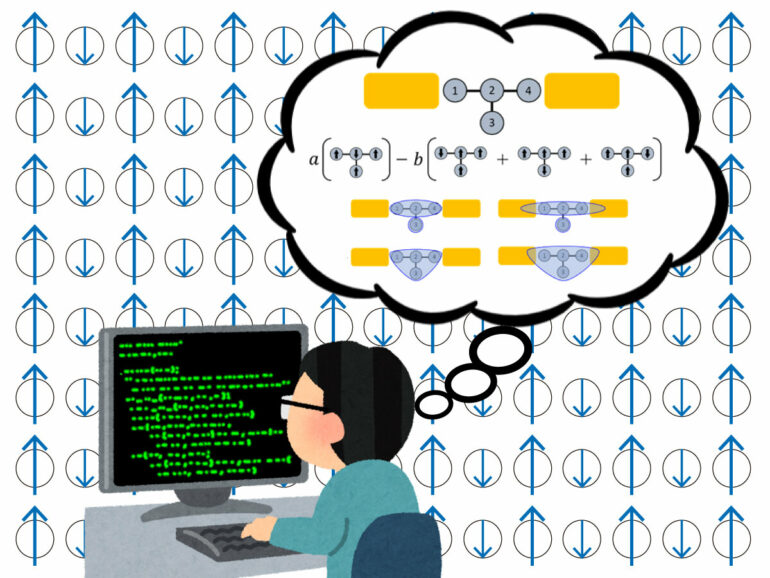 Most people are not aware of magnetic forces in their everyday lives, but continuously rely on them in electric motors, hard drives, and electric sensors. In the race to develop smaller electronic components, quantum mechanisms of these components need to be understood. In their new paper, Dr. Yunori Nishikawa from the Osaka Metropolitan University Graduate School of Science and Masashi Tokuda from Osaka University mathematically modeled the electron scattering Kondo effect in ferrimagnetic substances.

In the simplest models of conductivity, electrons flow freely through metal, but things are more complicated at the quantum scale: magnetic impurities can scatter some electrons—a phenomenon known as the Kondo effect. “The Kondo effect is one of the key concepts in understanding strongly correlated electron systems, such as magnetism in rare earth materials and high temperature superconductors,” explained Dr. Nishikawa. The electrical conductivity changes based on magnetic properties, which change in relation to temperature, making the relationship between all three factors very complex. Recent advances in nanotechnology have made it possible to fabricate artificial magnetic systems using quantum-dots, allowing the Kondo effect and magnetic interactions to be explored.

Coaxing out these elusive effects requires physicists to get creative with their theoretical setup, because trying to model them requires a great deal of computational power. The researchers used a novel T-shaped lattice of four quantum-dots connected to two reservoirs of electrons to induce a current. While pairs of quantum-dots, or quartets, have been used to model quantum phenomena before, the T-shaped arrangement was new and allowed ferrimagnetism to emerge.

This allowed the researchers to model ferrimagnetism on the T-shaped quantum-dot array in relation to temperature changes, bringing the Kondo effect in line with ferrimagnetism. “Due to the symmetrical geometric configuration of the system, we had expected that we would go from the minimal ferrimagnetic state to the Kondo state without going through other quantum entangled states, amplifying the electrical conductivity as usual,” Tokuda said. “However, we were very surprised to find it was suppressed, contrary to my initial expectation.” By predicting the interaction of the Kondo effect and minimal ferrimagnetism, this research presents a counterintuitive hypothesis for experimental tests.

The paper was published in Physical Review B.

Citation:
A new arrangement: Using quantum dots to quench the smallest ferrimagnetism (2022, May 31)