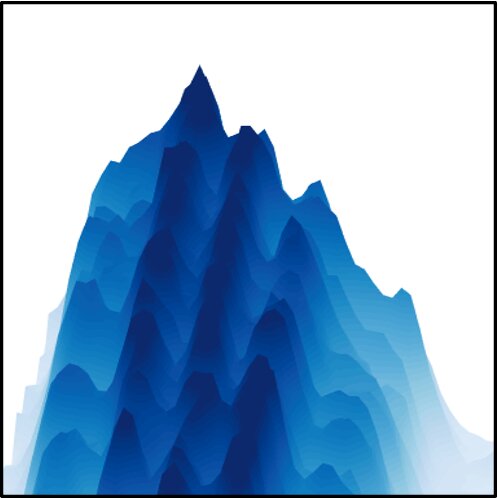 One of the primary objectives of quantum physics studies is to measure the quantum states of large systems composed of many interacting particles. This could be particularly useful for the development of quantum computers and other quantum information processing devices.

Researchers at the University of Cambridge’s Cavendish Laboratory have recently introduced a new approach for measuring the spin states of a nuclear ensemble, a system comprised of many interacting particles with long-lived quantum properties. This method, presented in a paper published in Nature Physics, works by exploiting the response of this system to collective spin excitations.

“For a dense ensemble of quantum objects, such as spins, it isn’t possible to measure each individually, to learn how they interacted with each other,” Claire Le Gall and Mete Atatüre, two of the researchers who carried out the study, told Phys.org. “Instead, one can look for tell-tale signals in the collective response of the ensemble; a bit like the behavior of a flock of birds might say something about how the birds engage with each other. Our system of interest is a large flock, or ensemble, of nuclear spins in a semiconductor quantum dot.”

In 2002, three Harvard University physicists figured out that large ensembles of nuclear spins in a semiconductor quantum dot could be potential hosts for solid-state quantum memories, then published their work a year later. 19 years later, Le Gall, Atatüre, and their colleagues probed this type of nuclear ensemble using a ‘proxy’ quantum bit, an electron spin that simultaneously couples to all nuclear spins, as reported in their latest paper.

“We achieved a significant milestone recently, when we showed that collective modes of the nuclear ensemble (i.e., spin waves) could be excited coherently via the electron,” Dorian Gangloff, the first author of the paper, said. “In our new study, we set out to use these electron-activated spin waves to change the state of the nuclear ensemble and to read it out. This would demonstrate a basic form of ‘write-in’ and ‘read-out’ via the electron spin.”

The idea behind the approach proposed by the Cambridge scientists is that the type of nuclear spin-wave mode that can be activated by an electron spin depends on the state of the nuclear ensemble that is being examined. For instance, some spin-wave modes increase an ensemble’s polarization (i.e., how much all spins point ‘up’) and others decrease it. The relative strength of these two different types of spin-wave modes depends on how much an ensemble already ‘points up’ or ‘points down.” Measuring both can thus offer valuable insight about how much each nuclear spin, on average, is already pointing up or down, ultimately allowing researchers to infer spin populations.

“But there is more: If the nuclear spins have interacted beforehand and built up some mutual information, which in this case can be quantum in nature, then the electron, as a quantum object with one-to-all coupling with these nuclei, will feel this pre-existing interaction,” Atatüre said. “This modifies the strength of spin-wave modes it can activate, and this is what is entirely unique about our approach. As a result, combining measurements of multiple spin-wave modes, we were able to use the electron as a ‘witness’ for entanglement amongst the nuclei in the ensemble.”

The researchers’ method of observing many-body systems using a ‘proxy’ electron spin qubit opens new and interesting possibilities for probing nuclear ensembles without relying on individual spin readouts. In contrast with previously proposed methods, their approach leverages the native connectivity of a proxy qubit in contact interaction with a dense nuclear ensemble, ultimately extracting interesting information from these systems, including their quantum properties.

“Perhaps an analogy to our approach could be an orchestra, where one can tell if musicians are performing well together without prior knowledge of every instrument separately,” Le Gall said. “Our study also showed for the first time that a nuclear spin ensemble in a semiconductor quantum dot (amongst the very best single photon sources in the world) can host many-spin entanglement and can therefore be used as a large quantum resource efficiently connected to light.”

In the future, the new technique for probing the spin states of nuclear ensembles could pave the way toward the development of new quantum technology. The research team is now trying to engineer the quantum dots examined in their paper to ensure that their spin ensembles have greater coherence and exhibit more quantum properties.

“This will be critical if we want to use quantum dot nuclei for a quantum memory,” Gangloff said. “Once we achieve more coherence—particularly with a new generation of quantum dots, based on a different growth method, that show a very promising hundredfold improvement over the quantum dots used thus far—our plans involve crafting the nuclei into evermore controlled quantum states, understanding how entanglement is lost and can be preserved in this many-body system, and demonstrating that this resource can be used in quantum computing and quantum communication.”