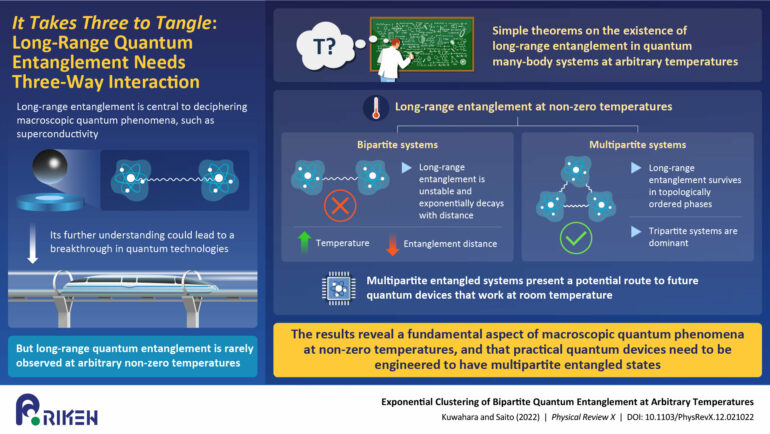 Tiny particles are interconnected despite sometimes being thousands of kilometers apart—Albert Einstein called this “spooky action at a distance.” Something that would be inexplicable by the laws of classical physics is a fundamental part of quantum physics. Entanglement like this can occur between multiple quantum particles, meaning that certain properties of the particles are intimately linked with each other.

Entangled systems containing multiple quantum particles offer significant benefits in implementing quantum algorithms, which have the potential to be used in communications, data security or quantum computing. Researchers from Paderborn University have been working with colleagues from Ulm University to develop the first programmable optical quantum memory. The study was published as an “Editor’s suggestion” in the Physical Review Letters journal.

The Integrated Quantum Optics group led by Prof. Christine Silberhorn from the Department of Physics and Institute for Photonic Quantum Systems (PhoQS) at Paderborn University is using minuscule light particles, or photons, as quantum systems. The researchers are seeking to entangle as many as possible in large states. Working together with researchers from the Institute of Theoretical Physics at Ulm University, they have now presented a new approach.

Previously, attempts to entangle more than two particles only resulted in very inefficient entanglement generation. In some cases, if researchers wanted to link two particles with others, it involved a long wait, as the interconnections that promote this entanglement only operate with limited probability rather than at the touch of a button. This meant that the photons were no longer a part of the experiment once the next suitable particle arrived—as storing qubit states represents a major experimental challenge.

“We have now developed a programmable, optical, buffer quantum memory that can switch dynamically back and forth between different modes—storage mode, interference mode and the final release,” Silberhorn explains.

In the experimental setup, a small quantum state can be stored until another state is generated, and then the two can be entangled. This enables a large, entangled quantum state to grow particle by particle. Silberhorn’s team has already used this method to entangle six particles, making it much more efficient than any previous experiments. By comparison, the largest ever entanglement of photon pairs, performed by Chinese researchers, consisted of twelve individual particles. However, creating this state took significantly more time, by orders of magnitude.

The quantum physicist explains: “Our system allows entangled states of increasing size to be gradually built up—which is much more reliable, faster, and more efficient than any previous method. For us, this represents a milestone that puts us in striking distance of practical applications of large, entangled states for useful quantum technologies.” The new approach can be combined with all common photon-pair sources, meaning that other scientists will also be able to use the method.

Europium and light: An innovative platform for quantum computers and communications