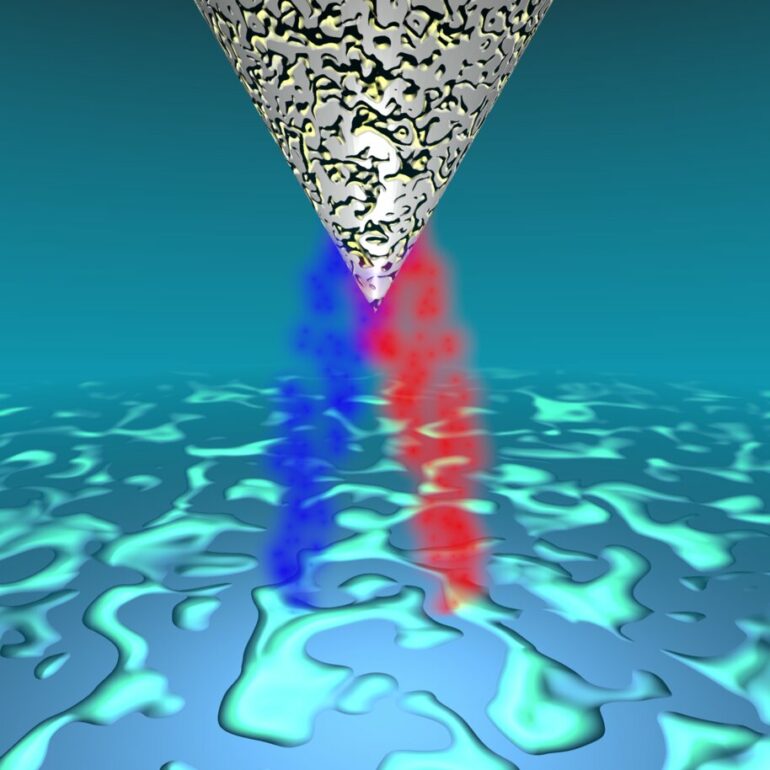 In a study published in Nano Letters, researchers have demonstrated a new technique to measure the quantum excitations in superconducting materials with atomic precision for the first time. Detecting these excitations is an important step towards understand exotic superconductors, which could help us improve quantum computers and perhaps even pave the way towards room-temperature superconductors.

Superconductors are materials with no electrical resistance whatsoever, commonly requiring extremely low temperatures. They are used in a wide range of domains, from medical applications to a central role in quantum computers. Superconductivity is caused by specially linked pairs of electrons known as Cooper pairs. So far, the occurrence of Cooper pairs has been measured indirectly macroscopically in bulk, but a new technique developed by researchers at Aalto University and Oak Ridge National Laboratories in the US can detect their occurrence with atomic precision.

The experiments were carried out by Wonhee Ko and Petro Maksymovych at Oak Ridge National Laboratory, with the theoretical support of Professor Jose Lado of Aalto University. Electrons can “quantum tunnel” across energy barriers, jumping from one system to another through space in a way that cannot be explained with classical physics. For example, if an electron pairs with another electron right at the point where a metal and superconductor meet, it could form a Cooper pair that enters the superconductor while also “kicking back” another kind of particle into the metal in a process known as Andreev reflection. The researchers looked for these Andreev reflections to detect Cooper pairs.

To do this, they measured the electrical current between an atomically sharp metallic tip and a superconductor, as well as how the current depended on the separation between the tip and the superconductor. This enabled them to detect the amount of Andreev reflection going back to the superconductor, while maintaining an imaging resolution comparable to individual atoms. The results of the experiment corresponded exactly to Lado’s theoretical model.

This discovery allows for the direct probing of the state of Cooper pairs in unconventional superconductors, establishing a critical new technique for a whole family of quantum materials. It represents a major step forward in our understanding of quantum materials and helps push forward the work of developing quantum technologies.