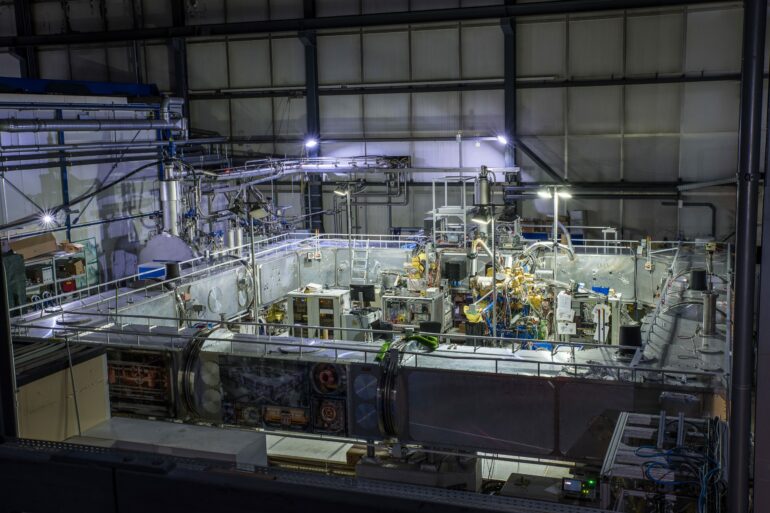 A lone molecule free in cold space will cool by slowing down its rotation—it will spontaneously lose its rotational energy in quantum transitions, typically only once in many seconds. This process can be accelerated, slowed down, or even inverted by collisions with surrounding particles.

In an experiment at the ultracold storage ring CSR, researchers of the MPI for Nuclear Physics measured the rate of quantum transitions due to encounters between molecules and electrons by bringing isolated, charged molecules in contact with electrons under controlled conditions at about 26 Kelvin. Thus, they could make this rate—only known by complex calculations so far—high enough to be quantitatively determined in an experiment at last.

The researchers probed the occupation of quantum energy levels in methylidene ions (CH+) by laser spectroscopy during up to 10 minutes of storage. As the spontaneous quantum transitions generate electromagnetic radiation, they are connected to black-body excitation of the molecules as well. Thus, the electrons compete with the ubiquitous radiative interactions to determine the occupation of rotational quantum levels in cold molecules. Therefore, electron-induced rates of quantum-level changes are crucial in analyzing the faint signals of molecules in space detected by radio telescopes, or in predicting level-dependent chemical reactivity in dilute, cold plasmas. The research is published in Physical Review Letters.