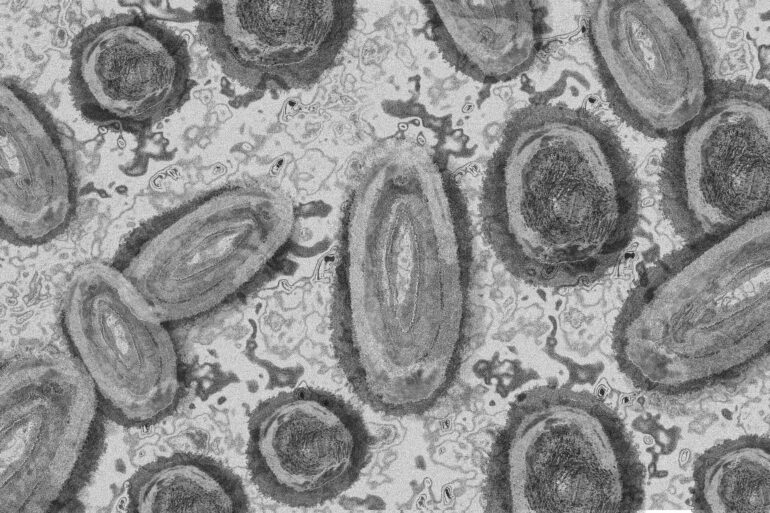 Manipulating solid particles of a few micrometers in size using an electric field has been of great interest to physicists. These controllable particles can be assembled into dynamic chains that can effectively control the flow of liquids in thin tubes like capillaries. Replacing these solid particles with liquid droplets would allow for previously unachievable electrorheology applications in biotechnology, as liquid droplets can store and utilize various biomolecules such as enzymes. Until now, it was not possible to use liquid droplets for electrorheology, as they tend to coalesce or deform, rendering them ineffective as electrorheological fluids.

New research led by the University of Houston Cullen College of Engineering* in collaboration with the National Institute of Standards and Technology (NIST) and the University of Chicago, has shown a simple pathway for stabilizing polyelectrolyte coacervate droplets that do not coalesce or deform under an electric field. The study was recently published in the Proceedings of the National Academy of Sciences (PNAS).

Enabled by the high polarizability and residual surface charge, these “stabilized” droplets can be steered in an aqueous environment using a low voltage source, e.g., 9V battery. Known as coacervates, these droplets contain charged polymers that enable the encapsulation of biologically relevant charged species such as proteins and genes. Thus, they have the potential to transport and deliver a variety of cargo useful in the manufacturing and medical industries.

Coacervate droplets form when two oppositely charged polymers, also called polyelectrolytes, co-assemble into a condensate state in a salt solution. More specifically, the solution often converts quickly to a two-phase system, with the polymer-rich coacervate droplets suspended in the surrounding solution. The droplets are of the size of tens of microns, about the size of typical biological cells. In fact, these droplets have been demonstrated to perform various biologically relevant reactions. However, coacervate droplets have a major drawback—they merge with each other to form larger and larger droplets by coalescing until all the droplets merge to form a macroscopic settled layer due to settling by gravity.

“Think of mixing a spoon of olive oil in a cup of water and shaking it vigorously. Initially, you will see small droplets that make the mixture cloudy, but over time these droplets merge to form separate oil and water layers. Likewise, droplet bioreactors or electrorheological fluids made out of coacervates fail over time when the droplets coalesce to form layers,” said Alamgir Karim, Dow Chair and Welch Foundation Professor of the University of Houston, who led the research project, working with Jack F. Douglas, a long-time colleague and polymer physicist at NIST, with insights provided by polyelectrolyte coacervate expert, Matthew Tirrell, the dean of the Pritzker School of Molecular Engineering at the University of Chicago.

“Scientists solved the problem of oil-droplet coalescence by adding surfactant molecules that go to the interface of oil droplets, prohibiting the oil droplets from merging,” said Douglas. He continued, “Recently, similar technology was applied to coacervate droplets where specialized polymer chains were used to coat the droplet interface, effectively prohibiting their coalescence. However, such molecular coatings prohibit material transport in and out of the droplets, making them ineffective for bioreactor applications.”

“I wanted to stabilize these droplets without introducing any additional molecule,” said Aman Agrawal, the graduate student in the Karim Research Group leading the project. After months of research, Agrawal found that “when coacervate droplets are transferred from their original salt solution to distilled water, their interface tends to acquire a strong resilience against coalescence.” The researchers propose that this stability of droplets is due to a loss of ions from the droplet interface into the distilled water driven by an abrupt change in ion concentration. Agrawal then studied these stable droplets under an electric field, demonstrating how to form droplet chains under an AC field and then moving them around with a DC field.

“This new development in the coacervate field,” said Tirrell, “has potential applications in drug delivery and other encapsulation technologies. In basic biology, this mechanism may explain why intracellular organelles and biological condensates, and prebiotic protocells (possible agents in the origin of life) have the stability that they do.” Recent measurements have shown that cells of various types can be manipulated rather similarly to the stabilized coacervate droplets with the application of electric fields, suggesting that the polarizability of the coacervate droplets might have significant ramifications for the manipulation of numerous biological materials composed of charged polymers.