Discovering new properties of magnetism that could change our computers 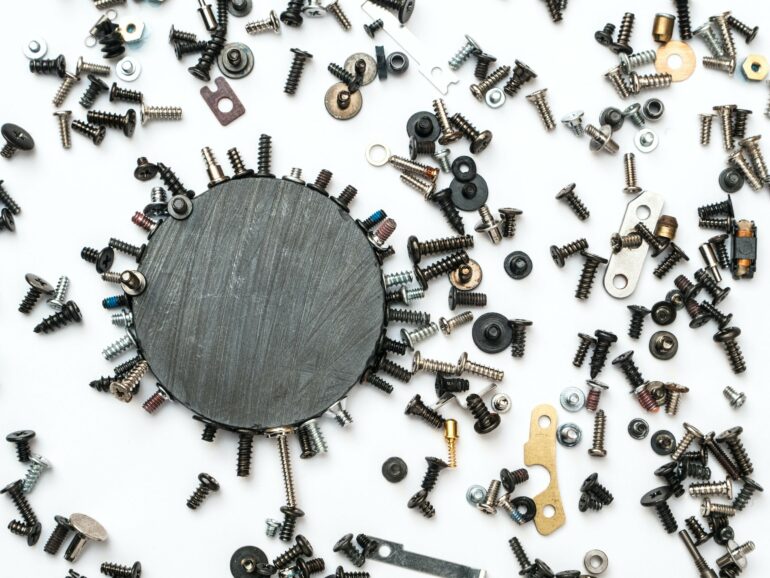 Modern computers use electrons to process information, but this design is starting to reach theoretical limits. However, it could be possible to use magnetism instead and thereby keep up the development of both cheaper and more powerful computers, thanks to work by scientists from the Niels Bohr Institute (NBI) and University of Copenhagen. Their study is published in the journal Nature Communications.

“The function of a computer involves sending electric current through a microchip. While the amount is tiny, the current will not only transport information but also contribute to heating up the chip. When you have a huge number of components tightly packed, the heat becomes a problem. This is one of the reasons why we have reached the limit for how much you can shrink the components. A computer based on magnetism would avoid the problem of overheating,” says Professor Kim Lefmann, Condensed Matter Physics, NBI.

“Our discovery is not a direct recipe for making a computer based on magnetism. Rather we have disclosed a fundamental magnetic property which you need to control, if you want to design a such computer.”

To grasp the discovery, one needs to know that magnetic materials are not necessarily uniformly oriented. In other words, areas with magnetic north and south poles may exist side by side. These areas are termed domains, and the border between a north and south pole domain is the domain wall.

While the domain wall is not a physical object it nevertheless has several particle-like properties. It is an example of what physicists refer to as quasi-particles, meaning virtual phenomena which resemble particles.

“It is well established that one can move the position of the domain wall by applying a magnetic field. Initially, the wall will react similarly to a physical object which is subjected to gravity and accelerates until it impacts the surface below. However, other laws apply to the quantum world,” Kim Lefmann explains.

“At the quantum level, particles are not only objects they are also waves. This applies to a quasi-particle such as a domain wall as well. The wave properties imply that the acceleration is slowed down as the wall interacts with atoms in the surroundings. Soon, the acceleration will stop totally, and the position of the wall will start to oscillate.”

A similar phenomenon is seen for electrons. Here, it is known as Bloch oscillations named after the American-Swiss physicist and Nobel laureate Felix Bloch who discovered it in 1929.

In 1996 Swiss theoretical physicists suggested that a parallel to Bloch oscillations could possibly exist in magnetism. Now—a little more than a quarter of a century later—Kim Lefmann and his colleagues managed to confirm this hypothesis.

The research team has studied the movement of domain walls in the magnetic material CoCl2 ∙ 2D2O.

“We have known for a long time, that it would be possible to verify the hypothesis, but we also understood that it would require access to neutron sources. Uniquely, neutrons react to magnetic fields despite not being electrically charged. This makes them ideal for magnetic studies,” Kim Lefmann tells.

Boost for research in magnetics

The risks of low-speed impacts with liquids

Neutron sources are large-scale scientific instruments. Worldwide, only some twenty facilities exist and competition for beam time is fierce. The team has only now managed to get enough data to satisfy the Nature Communications editors.

“We have had beam time at NIST in U.S., and ILL in France respectively. Fortunately, the conditions for magnetic research will improve greatly as the ESS (European Spallation Source, ed.) becomes operational in Lund, Sweden. Not just will our chances for beam time become better, since Denmark is a co-owner of the facility. The quality of the results will become roughly 100 times better, because the ESS will be an extremely powerful neutron source,” says Kim Lefmann.

To clarify, he emphasizes that even though quantum mechanics is involved, a computer based on magnetism would not be a type of quantum computer. “In the future, quantum computers are expected to be able to tackle extremely complicated tasks. But even then, we will still need conventional computers for the more ordinary computing. This is where computers based on magnetism might become relevant alternatives as better than current computers.”


Citation:
Discovering new properties of magnetism that could change our computers (2022, May 11)