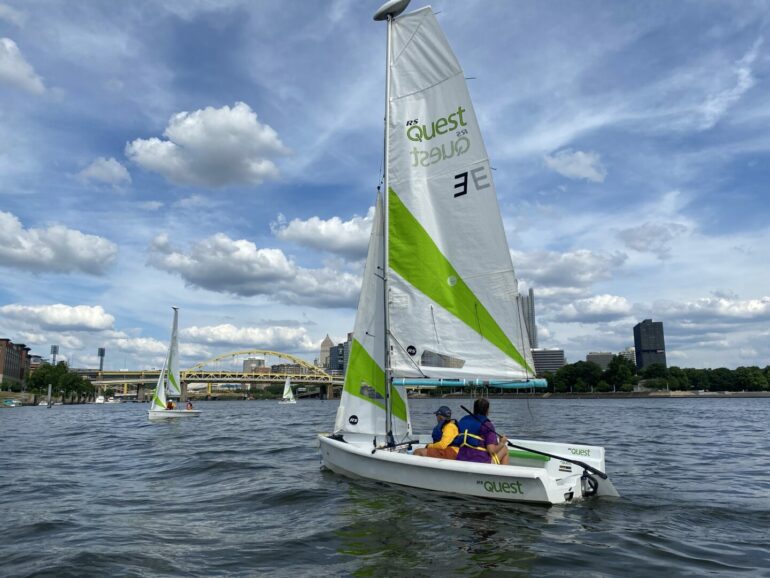 The LHCb experiment at CERN recently announced the first proton-proton collisions at a world-record energy with its brand-new detector designed to cope with much more demanding data-taking conditions.

The Data Processing & Analysis (DPA) project, which is led by University of Liverpool senior research physicist Eduardo Rodrigues, is a major overhaul of the offline analysis framework to allow full exploitation of the significant increase in data flow from the upgraded LHCb detector.

In a paper published in the Journal of High Energy Physics, the DPA team has demonstrated for the first time the successful use of Quantum Machine Learning (QML) techniques for the identification of the charge of b-quark initiated jets at the LHC. This work is part of R&D beyond the just-starting new data taking period, for the medium and longer term.

The leveraging of Machine Learning techniques is ubiquitous in analysis in LHCb. Given the rapid progress of quantum computers and quantum technologies, it is natural to start investigating if and how quantum algorithms can be executed on such new hardware, and whether the LHCb particle physics use-cases can benefit from the new technology and paradigm that is Quantum Computing.

To date, QML techniques have mainly been applied in particle physics to solve event classification and particle track reconstruction problems but the team applied it for the first time to the task of hadronic jet charge identification.

The study “Quantum Machine Learning for b-jet charge identification” was carried out based on a sample of simulated b-quark initiated jets. The performance of a so-called Variational Quantum Classifier, based on two different quantum circuits, was compared with the performance obtained with a Deep Neural Network (DNN), a modern, classical (i.e., non-quantum) and powerful type of artificial intelligence algorithm. The performance is evaluated on a quantum simulator as the quantum hardware available today is still in its early stage, even though tests on real hardware are currently under development.

The results compared to those obtained with a classical DNN showed that the DNN is performing slightly better than the QML algorithms, the difference being small.

The paper demonstrates that the QML method reaches optimal performance with a lower number of events, which helps in reducing the resources usage which will become a key point at LHCb with the amount of data collected in future years. However, when a large number of features is employed, the DNN performs better than QML algorithms. Improvements are expected when more performant quantum hardware will become available.

Studies done in collaboration with experts have shown that quantum algorithms can allow to study correlations among the features. That could give the possibility to extract information on jet constituents correlations that will end up in an increase of the jet flavor identification performance.

Dr. Eduardo Rodrigues says that “this paper demonstrated, for the first time, that QML can be the used with success in LHCb data analysis.” Exploitation of QML in particle physics experiments is still in its infancy. As physicists gain experience with Quantum Computing, drastic improvements in hardware and computing technology are to be expected given the worldwide interest and investment in Quantum Computing.

“This work, which is part of the R&D activities of the LHCb Data Processing & Analysis (DPA) project, provided valuable insight into QML. The interesting (first) results open new avenues for classification problems in particle physics experiments.”

Provided by
University of Liverpool