Fluxonium qubits bring the creation of a quantum computer closer 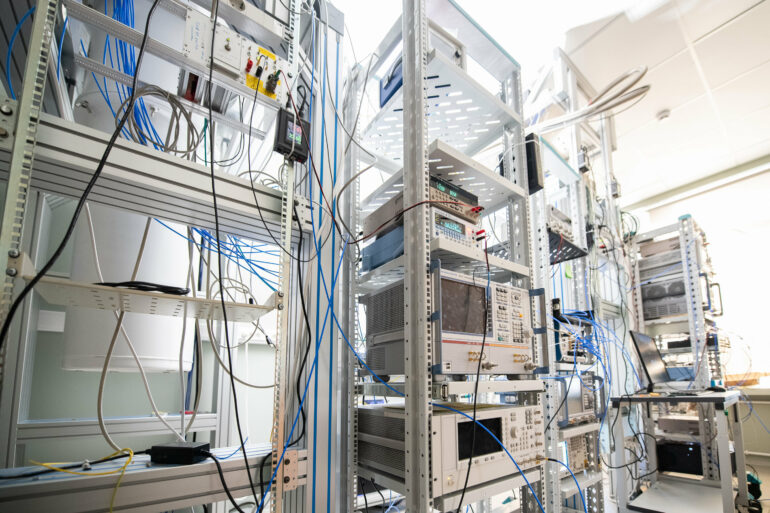 Russian scientists from University of Science and Technology MISIS and Bauman Moscow State Technical University were one of the first in the world to implement a two-qubit operation using superconducting fluxonium qubits. Fluxoniums have a longer life cycle and a greater precision of operations, so they are used to make longer algorithms. An article on research that brings the creation of a quantum computer closer to reality has been published in npj Quantum Information.

One of the main questions in the development of a universal quantum computer is about qubits. Namely, which quantum objects are the best to make processors for quantum computers: electrons, photons, ions, superconductors, or other “quantum transistors.” Superconducting qubits have become one of the most successful platforms for quantum computing during the past decade. To date, the most commercially successful superconducting qubits are transmons, which are actively investigated and used in the quantum developments of Google, IBM and other world leading laboratories.

The main task of a qubit is to store and process information without errors. Accidental noise and even mere observation can lead to the loss or alteration of data. The stable operation of superconducting qubits often requires extremely low ambient temperatures—close to zero Kelvin, which is hundreds of times colder than the temperature of open space.

Russian physicists from the Superconducting Metamaterials laboratory at MISIS University and Bauman Moscow State Technical University were one of the first in the world to implement a two-qubit operation using superconducting fluxonium qubits. To protect qubits from noise, the researchers added to the circuit a superinductor (a superconducting element with a high level of resistance to alternating current) which is a chain of 40 Josephson contacts—structures of two superconductors separated by a thin layer of dielectric.

“Fluxonium qubits are more complex and less studied than transmons. The main advantage of fluxoniums is that they can be operated at a low frequency of about 600 MHz. We know that the lower the frequency, the longer the lifetime of qubits, which means that more operations can be performed with them. During the tests, it turned out that the dielectric losses of fluxonium qubits allow to keep the state of the superposition longer than that of transmons,” said Ilya Besedin, one of the authors of the study, an engineer of the scientific project at the NUST MISIS Superconducting Metamaterials laboratory.

To implement a universal set of logical operations, scientists used high-precision two-qubit gates: fSim and CZ. In order to bring the qubits into resonance with each other, parametric modulation of the flow of one of the qubits of the system was used. The authors of the study note, that due to the tunable coupling element, it was simultaneously possible not only to obtain the accuracy of two-qubit operations above 99.22%, but also to suppress the residual ZZ interaction between the qubits, which allowed to perform parallel single-qubit operations with an accuracy of 99.97%.

“The low frequency of computational qubits opens the way not only to longer qubits’ lifetimes and accuracy of valve operations, which will lead to making longer algorithms, but also makes it possible to use subgigahertz electronics in qubit control lines, which significantly reduces the complexity of the quantum processor control system,” said Ilya Besedin.

The obtained results reveal an interesting and promising approach toward fault-tolerant quantum computing with low-frequency qubits that can be a good alternative to the transmon system.

In the future, scientists plan to continue research with computations based on fluxonium qubits, optimizing the qubit control system, improving readout rates and beginning to develop multi-qubit systems based on them.

Determining the Hamiltonian of quantum systems with far fewer measurements

Provided by
The National University of Science and Technology MISIS