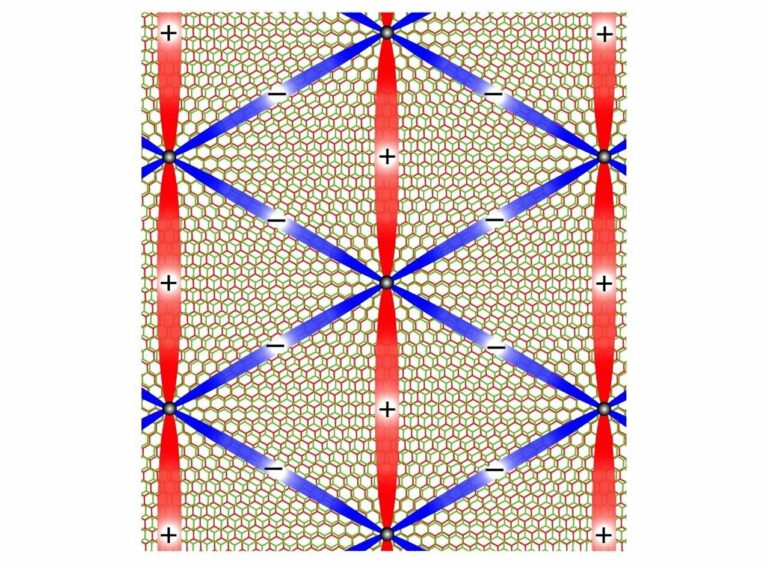 Superconductors are materials that conduct electrical current with practically no electrical resistance at all. This ability makes them extremely interesting and attractive for a plethora of applications such as loss-less power cables, electric motors and generators, as well as powerful electromagnets that can be used for MRI imaging and for magnetic levitating trains. Now, researchers from Nagoya University have detailed the superconducting nature of a new class of superconducting material, magic-angle twisted bilayer graphene.

For a material to behave as a superconductor, low temperatures are required. Most materials only enter the superconducting phase at extremely low temperatures, such as –270°C, which is lower than those measured in outer space. This severely limits their practical applications because such extensive cooling requires very expensive and specialized liquid helium cooling equipment. This is the main reason superconducting technologies are still in their infancy.

High temperature superconductors (HTS), such as some iron and copper-based examples, enter the superconducting phase above –200°C, a temperature that is more readily achievable using liquid nitrogen which cools down a system to −195.8°C. However, the industrial and commercial applications of HTS have been thus far limited. Currently known and available HTS materials are brittle ceramic materials that are not malleable and cannot be made into useful shapes like wires. In addition, they are notoriously difficult and expensive to manufacture. This makes the search for new superconducting materials critical and a strong focus of research for physicists like Prof. Hiroshi Kontani and Dr. Seiichiro Onari from the Department of Physics, Nagoya University.

Recently, a new material has been proposed as a potential superconductor called magic-angle twisted bilayer graphene (MATBG). In MATBG, two layers of graphene, essentially single two-dimensional layers of carbon arranged in a honeycomb lattice, are offset by a magic angle (about 1.1 degrees) that leads to the breakage of rotational symmetry and the formation of a high-order symmetry known as SU(4). As temperature changes, the system experiences quantum fluctuations, like water ripples in the atomic structure, that lead to a novel spontaneous change in the electronic structure and a reduction in symmetry. This rotational symmetry breaking is known as the nematic state, and it has been closely associated with superconducting properties in other materials.

In their work published recently in Physical Review Letters, Prof. Kontani and Dr. Onari use theoretical methods to better understand the source of this nematic state in MATBG. “Since we know that high temperature superconductivity can be induced by nematic fluctuations in strongly correlated electron systems such as iron-based superconductors, clarifying the mechanism and origin of this nematic order can lead to the design and emergence of higher temperature superconductors,” explains Dr. Onari.

The researchers found that nematic order in MATBG originates from the interference between the fluctuations of a novel degree-of-freedom that combines the valley degrees of freedom and the spin degrees of freedom, something that has not been reported from conventional strongly correlated electron systems. The superconducting transition temperature of twisted bilayer graphene is very low, at 1K (–272°C), but the nematic state manages to increase it by several degrees.

Their results also show that although MATBG behaves in some ways like an iron-based high temperature superconductor, it also has some distinct properties that are quite exciting, such as a net charge loop current giving rise to a magnetic field in a valley polarized state, while the loop current is canceled out by each valley in the nematic state. Besides, the malleability of graphene can also play an important role in increasing the practical applications of these superconductors. With a better understanding of the underlying mechanisms of superconductivity, science and technology inch closer to a conducting future that is indeed super.