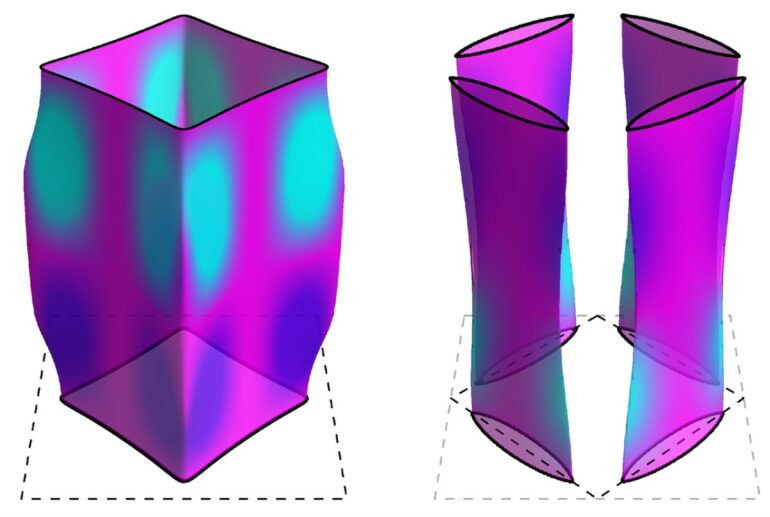 Superconductors—metals in which electricity flows without resistance—hold promise as the defining material of the near future, according to physicist Brad Ramshaw, and are already used in medical imaging machines, drug discovery research and quantum computers being built by Google and IBM.

However, the super-low temperatures conventional superconductors need to function—a few degrees above absolute zero—make them too expensive for wide use.

In their quest to find more useful superconductors, Ramshaw, the Dick & Dale Reis Johnson Assistant Professor of physics in the College of Arts and Sciences (A&S), and colleagues have discovered that magnetism is key to understanding the behavior of electrons in “high-temperature” superconductors. With this finding, they’ve solved a 30-year-old mystery surrounding this class of superconductors, which function at much higher temperatures, greater than 100 degrees above absolute zero. Their paper, “Fermi Surface Transformation at the Pseudogap Critical Point of a Cuprate Superconductor,” published in Nature Physics March 10.

“We’d like to understand what makes these high-temperature superconductors work and engineer that property into some other material that is easier to adopt in technologies,” Ramshaw said.

A central mystery to high-temperature superconductors is what happens with their electrons, Ramshaw said.

“All metals have electrons, and when a metal becomes a superconductor, the electrons pair up with each other,” he said. “We measure something called the ‘Fermi surface,’ which you can think of as a map showing where all the electrons are in a metal.”

The researchers zeroed in on this critical point to figure out what makes the electrons vanish, and where they go. They used the strongest steady-state magnet in the world, the 45-tesla hybrid magnet at the National High Magnetic Field Laboratory in Tallahassee, Florida, to measure the Fermi surface of a copper-oxide high temperature superconductor as a function of electron concentration, right around the critical point.

They found that the Fermi surface changes completely as researchers dial past the critical point.

“It’s as if you were looking at a real map and all of a sudden most of the continents just disappeared,” Ramshaw said. “That’s what we found happens to the Fermi surface of high-temperature superconductors at the critical point—most of the electrons in a particular region, a particular part of the map, vanish.”

It was important for the researchers to note not just that electrons were vanishing, but which ones in particular, Ramshaw said.

They built different simulation models based on several theories and tested whether they could explain the data, said Yawen Fang, doctoral student in physics and lead author of the paper.

“In the end, we have a winning model, which is the one associated with magnetism,” Fang said. “We are stepping confidently from the well-understood side of the material, benchmarking our technique, into the mysterious side past the critical point.”

Now that they know which electrons vanish, the researchers have an idea why—it has to do with magnetism.

“It is a 30-year-old debate that precedes our study, and we came up with a straightforward answer,” said Gaël Grissonnanche, a postdoctoral fellow with the Kavli Institute at Cornell for Nanoscale Science and co-first author.