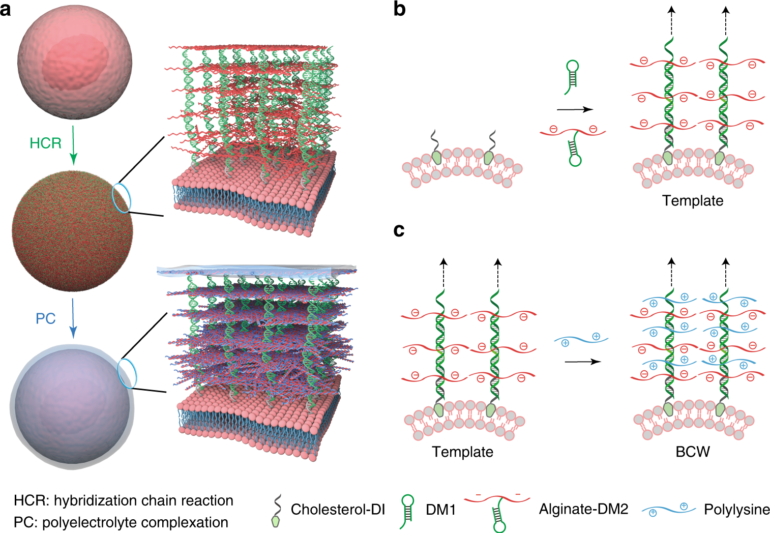 Circular polycatenanes are chains that can move and change shape: they twist, stretch and wrap around themselves. Three physicists of the European Eutopia Cost network, coordinated by UniTrento, have dedicated themselves to the study of these structures.

While it has long been understood that DNA conformation is of fundamental importance for the regulation of a large number of biological processes, the challenge now is to understand what happens in the rings of rings of molecules and how they could be used in the future to design innovative materials with particular elastic properties or smart materials for micro-sensor and other technological applications.

The polymers that make up our bodies, such as proteins and DNA, are molecules made up by small repeating units, held together by chemical bonds. The discovery of new techniques to synthesize long polymers led, after WW2, to the expansion of the plastic industry.

Recently, chemistry research has developed techniques that make it possible to assemble supramolecular compounds held together not by chemical bonds, but by mechanical bonds, like the rings of a chain. Among these are, for example, polycatenanes, compounds whose chemical and physical properties exceed those of polymers.

Polycatenanes had already attracted some attention in 2016, when Jean-Pierre Sauvage, Sir J. Fraser Stoddart and Bernard L. Feringa were awarded the Nobel Prize for Chemistry for their studies on molecular machines. The scientific interest for the subject is growing, but so far scientists focused only on linear polycatenanes and almost no one had yet thought of closing the chains interlocking the rings and observe their behavior.

Tubiana explains, “Our article shows that circular polycatenanes have physical and geometrical properties very similar to those of double stranded DNA rings. In particular, we demonstrate that one version of the Calugareanu-White-Fuller’s theorem on the connection of local and global properties holds for these structures too. In other words, what emerges from our theoretical study is that even in supramolecular structures, as in the physics of DNA, there is a connection between what occurs in a part of the structure and in its whole.”

He continues, “The amount of twist of the polycatenanes and the degree of writhe—a measure of how much a curve entangles with itself—are closely connected to each other depending on the way in which the molecular chains are assembled. Something very similar occurs in double—stranded DNA rings where the sum of twist and writhe equals the number of times one strand is wrapped around the other.”

“Because of their unique properties, these structures are attracting considerable interest in supramolecular chemistry, biology and soft matter, as evidenced by the Nobel Prize for Chemistry in 2016 and recent progress in their synthesis. This mechanism, that in circular DNA is of fundamental importance for the regulation of a large number of biological processes, can be exploited in future supramolecular structures,” concluded Tubiana.