MKID detectors turn out to have 100 times lower noise 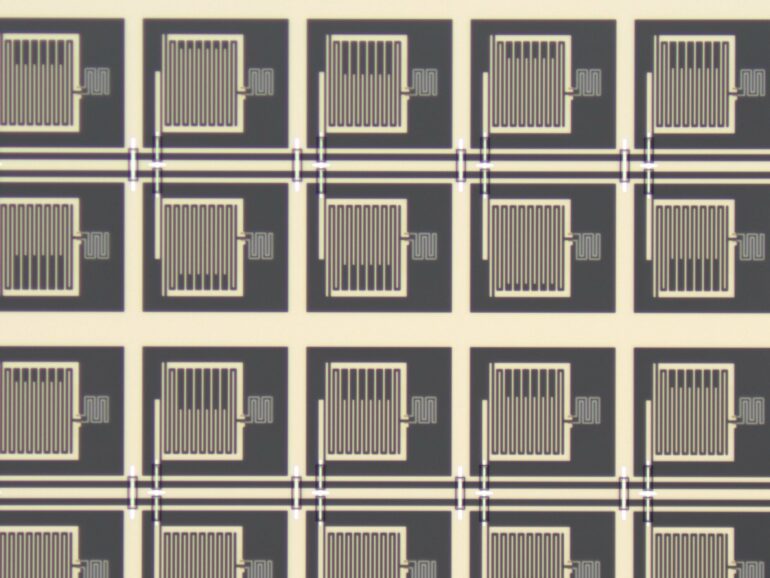 Scientists use superconducting detectors (MKIDs) to discern the spectrum of exoplanets from their faint glow. Now, researchers from SRON Netherlands Institute for Space Research and TU Delft have observed 100 times lower noise than expected, providing a new fundamental physics insight: the relationship between the number of quasiparticles and their lifetime vanishes. The study has been published in Physical Review B.

Exoplanets are so dim in the night sky that their light reaches Earth-based telescopes in the form of individual photons. To detect these, SRON scientists are developing microwave kinetic inductance detectors, or MKIDs for short. They are cooled to the point that superconductivity occurs; electrons form Cooper pairs and thereby avoid the intrinsic electrical resistance of the material. Incoming photons break the Cooper pairs up into quasiparticles. MKIDs use these to trace back the energy of each photon.

As with any detection technology, noise creates limitations to sensitivity. In the case of MKIDs, noise arises from thermal fluctuations, which cause a continuous breaking up and recombination of quasiparticles. If a weak signal from an exoplanet breaks up only a few Cooper pairs, the signal from the resulting quasiparticles drowns in this quasiparticle noise.

In recently published research, the SRON scientists increased the sensitivity of their MKIDs by a factor of 2.5 by using a membrane to retain leaking energy of incident photons; they initially did not expect to benefit from it because of the noise. But to their surprise, they saw that the noise was a factor of 100 lower than expected. The membrane had increased not only the sensitivity of the detector itself, but also the sensitivity for measuring noise during testing. Moreover, the new design requires a less powerful readout signal, which disturbs the detector less. It means that space telescopes will have 2.5 times higher precision.

It seems that the noise is so low because the correlation between the number of quasiparticles and their lifetime vanishes at the low temperature (-273 degrees C) at which MKIDs operate. Until now, physicists have always observed that the more quasiparticles there are, the faster they find each other and form Cooper pairs again, and thus, the shorter they live. Now that SRON researchers, led by Pieter de Visser (SRON/TU Delft), have accurately mapped out this noise in MKIDs, this law no longer appears to apply.

“That correlation disappears, so quasiparticles live shorter than the measured number of quasiparticles suggests,” says first author Steven de Rooij (SRON/TU Delft). “We think that the quasiparticles get stuck and therefore no longer contribute to the noise.”

De Visser says, “In addition to making our 2.5 times higher precision relevant , the much lower noise also represents a fundamental discovery in physics. The decoupling of lifetime and number of quasiparticles is a new effect that also other scientists can use to significantly improve their detectors.”

More information:
Steven A. H. de Rooij et al, Strong reduction of quasiparticle fluctuations in a superconductor due to decoupling of the quasiparticle number and lifetime, Physical Review B (2021). DOI: 10.1103/PhysRevB.104.L180506