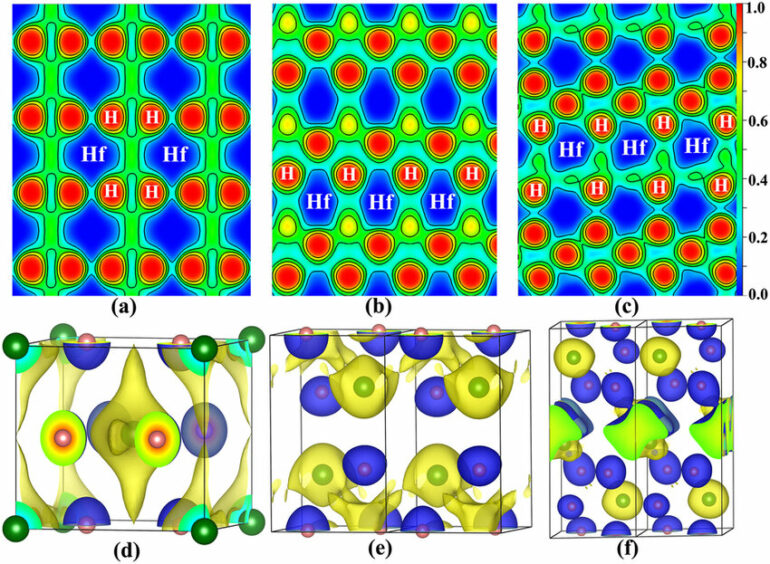 It is well known that most structure features and properties of NLO materials are governed by the distributions of ionic and covalent units in their structures, which can be described in details by electron localization function (ELF) map.

Specifically, large NLO efficiency and high laser-induced damage threshold (LIDT) are two most important performance indicators for the practical application of IR NLO materials. However, they are mainly determined by ionicity and covalency, respectively, leading to the incompatibility between these two performances. Therefore, the investigation of ELF map, particularly the topological feature of ELF map, could give some clues for the circumvention of NLO-LIDT incompatibility which is crucial for the rational design of high-performance infrared (IR) NLO materials.

In a study published in Materials Horizons, a research group led by Prof. Guo Guocong from Fujian Institute of Research on the Structure of Matter (FJIRSM) of the Chinese Academy of Sciences proposed a new concept of topological characteristic fractal dimension (FD) of ELF.

The researchers first calculated the FD of ELF maps of a series of well-known NLO materials, and obtained the relationships between ELF FD and NLO performances. They found that the uniform crystal structure with covalent and ionic functional elements interwoven with each other is beneficial to achieve IR NLO materials with both strong NLO effect and high LIDT.

This study provides a new method to design high-performance IR NLO materials based on the topological features of ELF.