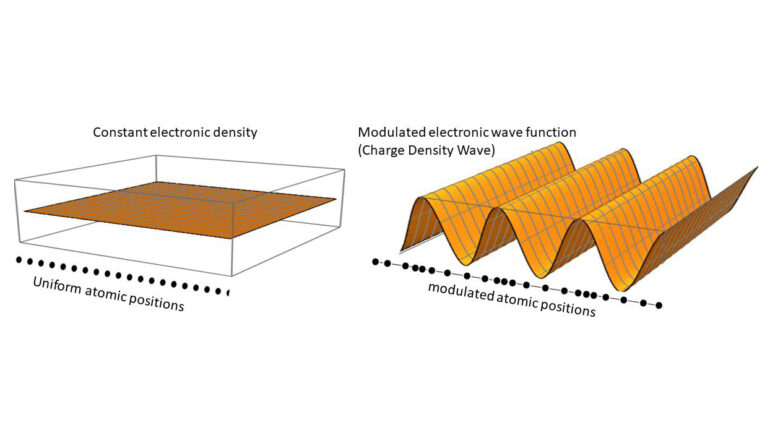 The axion is a particle that physicists have hypothesized for decades. It has garnered attention in recent years for its potential involvement in dark matter. Their very existence, however, remains in dispute.

Russian and French researchers say an experimental approach for demonstrating the existence of an axionic behavior in specific materials may not have found it as previously reported. In Applied Physics Letters, the multinational team was unable to detect the expected increased magnetoconductivity in the charge density wave of a compound made up of tantalum, selenium, and iodine, called (TaSe4)2I.

The findings come three years after an article published in the journal Nature seemed to provide sufficient evidence for an axionic behavior using a similar approach.

“A null result, as we report, is in its own an interesting result,” said co-author Pierre Monceau. “The nonreproducibility in the results could be the source of a controversy but, more importantly, may open a scientific debate to uncover experimental ways for investigating this new field.”

The concept of an axion in particle physics was proposed in the 1970s to explain why the strong nuclear force does not exhibit parity violation. Such a violation would have led, for instance, to an electric dipole moment for the neutron, which so far has not been detected experimentally.

Evidence for the axion lies in the specific way it couples to its electromagnetic field. Recently, it was theorized that a similar coupling occurs involving electrons in Weyl semimetals, a model for condensed matter that includes (TaSe4)2I.

Under the right conditions, these electron interactions can induce a charge density wave.

Charge density waves can take on axionic characteristics if they include electrons with spiral-like movement that mirror one another in a magnetic field. The key finding that would suggest this is an increase in a wave’s magnetoconductivity.

(TaSe4)2I achieves the right conditions because of its structure, which can separate electron states according to their helix formation.

“Our surprise was to detect no effect in the conductance in a magnetic field,” Monceau said. “We think that, given the lack of further evidence, it is premature to assert that (TaSe4)2I harbors an axionic charge density wave.”

Monceau said charge density wave excitations might demonstrate axionic characteristics that may be revealed by appropriate experiments, including measuring the nonlinear dynamics in a magnetic field along the charge density wave.

The group aims to continue these experiments and hope the results will inspire others to develop new techniques for confirming the existence of axion counterparts in condensed matter.