Photonic hopfions: Light shaped as a smoke ring that behaves like a particle 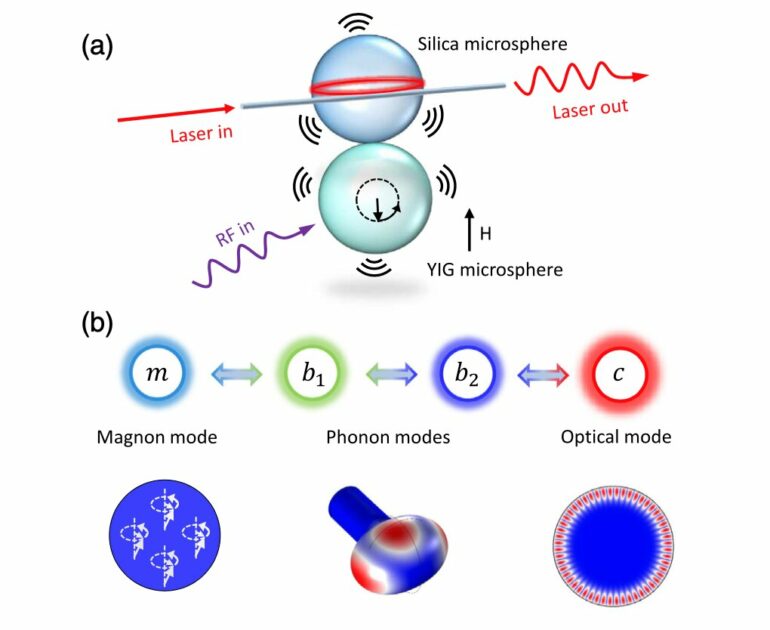 We can frequently find in our daily lives a localized wave structure that maintains its shape upon propagation—picture a smoke ring flying in the air. Similar stable structures have been studied in various research fields and can be found in magnets, nuclear systems, and particle physics. In contrast to a ring of smoke, they can be made resilient to perturbations. This is known in mathematics and physics as topological protection.

A typical example is the nanoscale hurricane-like texture of a magnetic field in magnetic thin films, behaving as particles—that is, not changing their shape—called skyrmions. Similar doughnut-shaped (or toroidal) patterns in 3D space, visualizing complex spatial distributions of various properties of a wave, are called hopfions. Achieving such structures with light waves is very elusive.

Recent studies of structured light revealed strong spatial variations of polarization, phase, and amplitude, which enable the understanding of—and open up opportunities for designing—topologically stable optical structures behaving like particles. Such quasiparticles of light with control of diversified topological properties may have great potential, for example as next-generation information carriers for ultra-large-capacity optical information transfer, as well as in quantum technologies.

As reported in Advanced Photonics, collaborating physicists from UK and China recently demonstrated the generation of polarization patterns with designed topologically stable properties in three dimensions, which, for the first time, can be controllably transformed and propagated in free space.

As a consequence of this insight, several significant advances and new perspectives are offered. “We report a new, very unusual, structured-light family of 3D topological solitons, the photonic hopfions, where the topological textures and topological numbers can be freely and independently tuned, reaching far beyond previously described fixed topological textures of the lowest order,” says Yijie Shen of University of Southampton in the UK, the lead author of the paper.

This work provides a theoretical background describing the emergence of this family of hopfions and their experimental generation and characterization, revealing a rich structure of topologically protected polarization textures. In contrast to previous observations of hopfions localized in solid-state materials, this work demonstrates that, counterintuitively, an optical hopfion can propagate in free space with topological protection of the polarization distribution.

The robust topological structure of the demonstrated photonic hopfions upon propagation is often sought in applications.

This newly developed model of optical topological hopfions can be easily extended to other higher-order topological formations in other branches of physics. The higher order hopfions are still a great challenge to observe in other physics communities, from high-energy physics to magnetic materials. The optical approach proposed in this work may provide a deeper understanding of this complex field of structures in other branches of physics.

Citation:
Photonic hopfions: Light shaped as a smoke ring that behaves like a particle (2023, January 19)