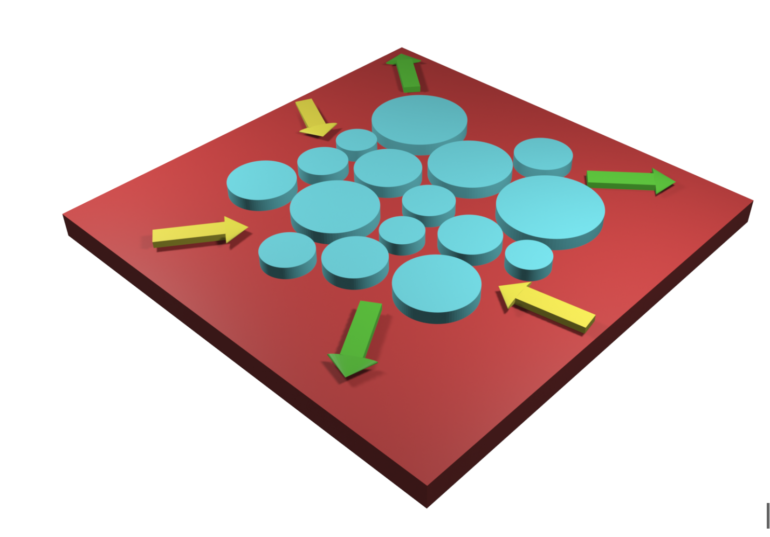 Linear analysis plays a central role in science and engineering. Even when dealing with nonlinear systems, understanding the linear response is often crucial for gaining insight into the underlying complex dynamics. In recent years, there has been a great interest in studying open systems that exchange energy with a surrounding reservoir. In particular, it has been demonstrated that open systems whose spectra exhibit non-Hermitian singularities called exceptional points can demonstrate a host of intriguing effects with potential applications in building new lasers and sensors.

At an exceptional point, two or modes become exactly identical. To better understand this, let us consider how drums produce sound. The membrane of the drum is fixed along its perimeter but free to vibrate in the middle.

As a result, the membrane can move in different ways, each of which is called a mode and exhibits a different sound frequency. When two different modes oscillate at the same frequency, they are called degenerate. Exceptional points are very peculiar degeneracies in the sense that not only the frequencies of the modes are identical but also the oscillations themselves. These points can exist only in open, non-Hermitian systems with no analog in closed, Hermitian systems.

Over the past years, ad-hoc analysis of the scattering coefficients of non-Hermitian systems having exceptional points has revealed a puzzling result. Sometimes, their frequency response (the relation between an output and input signals after interacting with the system as a function of the input signal’s frequency) can be Lorentzian or super Lorentzian (i.e. a Lorentzian raised to an integer power). In contrast, the response of a standard linear, isolated oscillator (excluding situations where Fano lineshapes can arise) is always Lorentzian.

An international team of physicists led by Ramy El-Ganainy, associate professor at Michigan Technological University, tackled this problem in their recent Nature Communications article titled “Linear response theory of open systems with exceptional points.” The team presents a systematic analysis of the linear response of non-Hermitian systems having exceptional points. Importantly, they derive a closed-form expression for the resolvent operator quantifying the system’s response in terms of the right and left eigenvectors and Jordan canonical vectors associated with the underlying Hamiltonian.

“In contrast to previous expansions of the resolvent operator in terms of the Hamiltonian itself, the formalism developed here provides direct access to the linear response of the system and demonstrates exactly when and how Lorentzian and super-Lorentzian responses arise,” says Prof. El-Ganainy.

“As it turned out, the nature of the response is determined by the excitation (input) and collection (output) channels,” says Amin Hashemi, the first author of the manuscript. The presented theory describes this behavior in detail and is generic enough to apply to any non-Hermitian systems having any number of exceptional points of any order, which makes it instrumental for studying non-Hermitian systems with large degrees of freedom.

Team investigates collective actuation of an elastic network of ‘mini-robots’