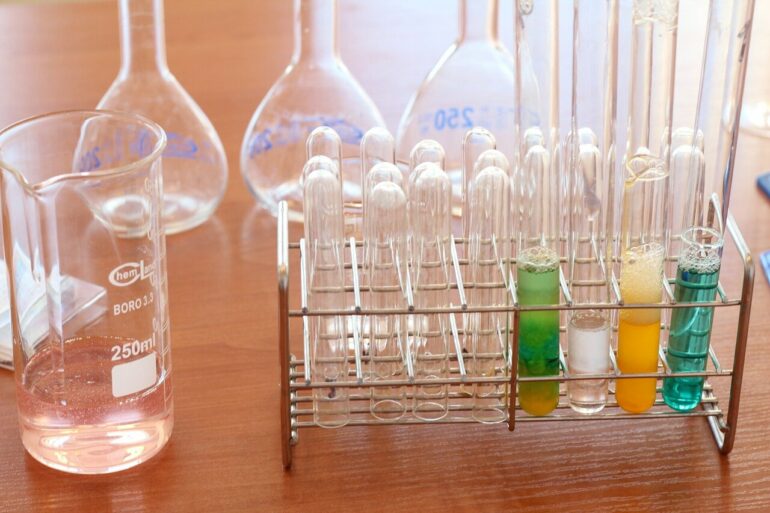 Squeaky, cloudy or spherical—electron orbitals show where and how electrons move around atomic nuclei and molecules. In modern chemistry and physics, they have proven to be a useful model for quantum mechanical description and prediction of chemical reactions. Only if the orbitals match in space and energy can they be combined—this is what happens when two substances react with each other chemically. In addition, there is another condition that must be met, as researchers at Forschungszentrum Jülich and the University of Graz have now discovered: The course of chemical reactions also appears to be dependent on the orbital distribution in momentum space. The results were published in the journal Nature Communications.

Chemical reactions are ultimately nothing more than the formation and breakdown of electron bonds, which can also be described as orbitals. The so-called molecular orbital theory thus makes it possible to predict the path of chemical reactions. Chemists Kenichi Fukui and Roald Hoffmann received the Nobel Prize in 1981 for greatly simplifying the method, which led to its widespread use and application.

“Usually, the energy and location of electrons are analyzed. However, using the photoemission tomography method, we looked at the momentum distribution of the orbitals,” explains Dr. Serguei Soubatch. Together with his colleagues at the Peter Grünberg Institute (PGI-3) in Jülich and the University of Graz in Austria, he adsorbed various types of molecules on metal surfaces in a series of experiments and mapped the measured momentum in the so-called momentum space.

“Photoemission from many different molecules on metals that we measure can also be predicted theoretically. As a model, one simply uses the free molecule that does not interact with the metal. But when we measured oligophenyls on copper, we suddenly realized that the experimental result differed significantly from the theoretical predictions. Certain parts of the momentum space remained unoccupied,” Soubatch said. These momentum regions match known band gaps of electronic states which typically occur in noble metals. And one of the materials involved, copper, is also such a noble metal.

For the work, the researchers conducted experiments at the Elettra Synchrotron in Trieste, Italy. There, an international consortium led by Forschungszentrum Jülich operates the NanoESCA spectroscope at a beamline, which contains a photoemission electron microscope for orbital tomographic measurements. The work was carried out in collaboration with Prof. Michael. G. Ramsey and the theorist Prof. Peter Puschnig from the University of Graz. With his quantum mechanical simulations for the entire interacting system—molecules and metal surface, Peter Puschnig provided the key to explaining the newly discovered selection criterion.