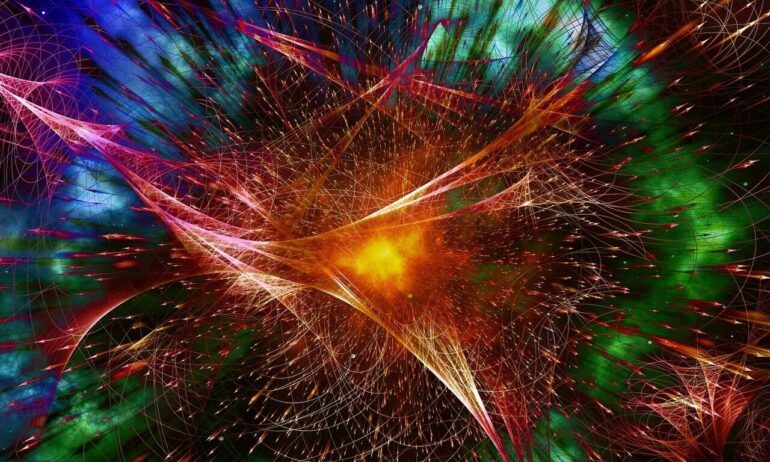 In a new paper in PNAS, “Triplet-Pair Spin Signatures From Macroscopically Aligned Heteroacenes in an Oriented Single Crystal,” National Renewable Energy Laboratory (NREL) researchers Brandon Rugg, Brian Fluegel, Christopher Chang, and Justin Johnson tackle one of the fundamental problems in quantum information science: how to produce pure elements of quantum information—that is, those that start and remain in a well-defined “spin state”—at practical temperatures.

Quantum information science has the potential to revolutionize computation, sensing, and communications. But many of these applications are still beyond reach because of the challenges of producing units of quantum information, or qubits, without relying on extremely low temperatures to maintain their purity. Current approaches to identifying suitable quantum materials tend to rely on trial and error.

“The field of developing new molecules and materials [for quantum information science] sometimes progresses through ad hoc methods and serendipity. ‘This material just so happens to work better than the other one’—we saw a lot of that happening, and decided ultimately that it was not going to suffice for a project where the goal was to limit the set of possible options,” said Justin Johnson, a researcher in NREL’s Chemistry and Nanoscience Center. “We wanted to have the theory provide us with firm guidelines about what should happen.”

Accordingly, the team enlisted theoreticians at the University of Colorado Boulder and took a bottom-up approach. Instead of conducting a combinatorial search for candidate quantum materials, they worked toward designing and synthesizing molecules related to those they had studied for photovoltaics, but with the desired properties to serve as qubit candidates. When excited with light, a pair of molecules can produce aligned spins that could represent a long-lived qubit at room temperature. However, without an added level of assembly, the “state” of the ensemble system will be impure.

“[In some quantum materials], spin-based qubits are more or less randomly situated and/or oriented in the material, and it’s difficult to organize them,” said Johnson. “Molecules, by contrast, offer a natural platform for macroscopic orientation of an ensemble of spins. If you design the molecule you want, then when those molecules crystallize, they naturally organize into assemblies in which the molecules are aligned. That’s what sets our work apart from other groups.”

Brandon Rugg, a postdoctoral researcher in Johnson’s group and the paper’s lead author, spent over two years screening candidate quantum materials and fine-tuning the properties of their constituent molecules.

“In screening the materials, we had to balance a lot of factors,” said Rugg. “It’s very difficult to control molecules and how they’re positioned. But, in partnership with our collaborators, we were able to get a material where all of the molecules were completely aligned.”

The team worked with collaborators at the University of Kentucky, who sent them dozens of candidate materials with solved crystal structures. Then, Rugg went whittled those materials down to five or six promising candidates.

The team selected a novel tetracenethiophene compound called TES TIPS-TT, which has a crystal structure in which all molecules share a common axis. Then, they used time-resolved paramagnetic resonance spectroscopy to characterize the spin state of the electrons in the material.

“The level of orientation control that we achieved [with this material] is pretty hard to do, and not many people do it,” said Rugg. “Ultimately, this level of control could lead to the generation of pure quantum states that are purely entangled, which has broad potential applications.”

Among these applications, quantum computing will be critical to renewable energy efforts. Although quantum computing is often touted for its potential role in cryptography, the Department of Energy’s calls for proposals in quantum information science over the last few years have spurred NREL researchers to ask how these technologies could impact the energy landscape.

“One of the answers is that quantum computing allows us to solve hard, energy-relevant problems in a much more efficient way—not all problems, but some crucial and complex ones. If we continue to simply expand conventional computing power without developing new approaches to solve these problems, it’s going to become unsustainable. If it turns out to be scalable and not energy-intensive, quantum computing is one type of unconventional computing that will help address that.”

The Department of Energy’s initial interest in the subject helped spark ongoing efforts at NREL, which are now yielding exciting results.

“This is a long-term project and part of a bigger effort at NREL that we started three-and-a-half years ago, and it’s the first of its kind in quantum information science here at NREL,” Johnson said. “We were really starting from scratch, so it’s a major milestone to be able to publish this paper.”