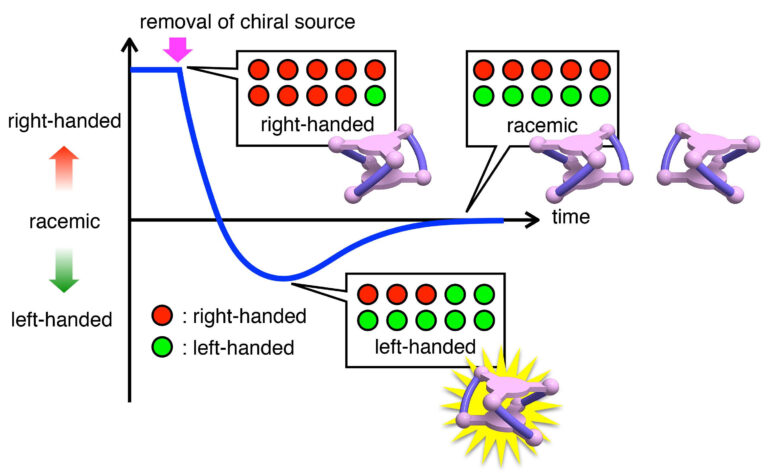 Researchers from Tokyo Metropolitan University have uncovered a unique mechanism by which foams on walls drain and slip over time. They showed how a foam can lose liquid via “pinch-off,” like droplets from a faucet, finding that the amount of liquid and the extent of the foam determine exactly how it drains. Importantly, they identified thresholds between draining regimes common to different foams that may apply to everyday foam materials.

As spring cleaning comes around, many will be faced with the task of spraying walls with commercial foam products for degreasing, cleaning or polishing. Similar situations arise for shaving, applying sealants or protective layers, or disinfecting surfaces. For all these examples, the length of time the foam stays stable against gravity plays a crucial role in how it performs. A shaving foam, for example, would be useless if it ran off before you could shave. A more serious implication would be for disinfecting foams draining away before dangerous pathogens were dealt with. That makes understanding the basic mechanisms behind how foams stay on surfaces a topic of interest for both scientists and industry.

Assistant Professor Marie Tani and Professor Rei Kurita of Tokyo Metropolitan University have been using simple foams to try to understand how exactly foams drain and evolve. Studying a two-dimensional foam trapped between two flat surfaces, they found that the foam didn’t always just slip down under gravity. Foams are made of junction lines between bubbles called plateau borders, which also form a connected channel for liquid. Under gravity, the liquid in the foam tends to follow these channels and make its way to the lowest point, making the lower part wetter than the upper part. They found that this excess liquid could sometimes form a string that stretches down from the lowest bubble before breaking off. This is similar to a phenomenon called “pinch-off,” commonly seen for droplets hanging from faucets. The sudden, drastic loss of liquid can significantly destabilize foams. Though previous works had looked at the pinch-off of foamy liquids, this was the first study to highlight how pinch-off occurs specifically for the liquid inside foams.

Through extensive experiments, the team found that several key parameters determine whether foams fall down via gradual slippage or liquid pinch-off. One was the amount of liquid in the foam. With a wetter foam, more liquid would accumulate at the bottom, making larger foams more unstable. Drier foams would allow for bigger foam areas since less liquid is collected, with the added advantage of slower drainage, making pinch-off slower, even if it eventually happened. They confirmed their findings for three-dimensional foams on vertical walls as well, formulating simple thresholds for when pinch-off occurs.

Toward achieving megatesla magnetic fields in the laboratory