Study reveals topology at the corner of the dining table 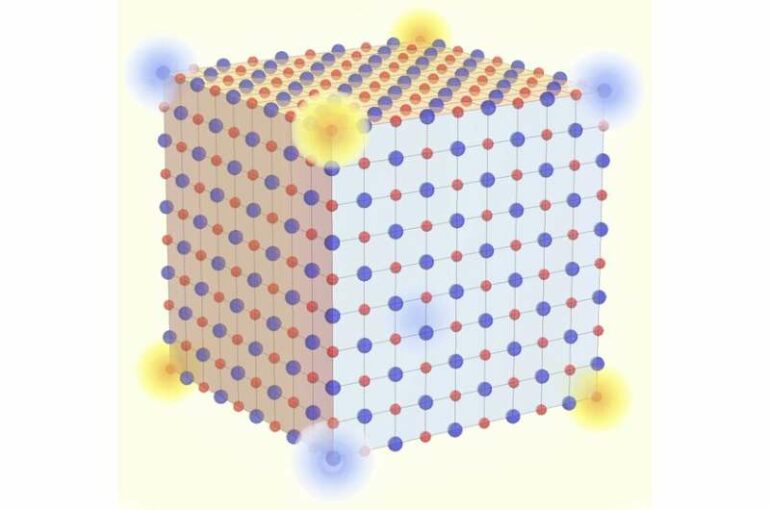 A joint research team from the Hong Kong University of Science and Technology (HKUST) and the University of Tokyo discovered an unusual topological aspect of sodium chloride, commonly known as table salt, which will not only facilitate the understanding of the mechanism behind salt’s dissolution and formation, but may also pave the way for the future design of nanoscale conducting quantum wires.

There is a whole variety of advanced materials in our daily life, and many gadgets and technology are created through the assembly of different materials. Cellphones, for example, adopted a combination of many different substances—glass for the monitor, aluminum alloy for the frame, and metals like gold, silver and copper for their internal wiring. But nature has its own genius way of ‘cooking’ different properties into one wonder material, or what is known as ‘topological material’.

Topology, as a mathematical concept, studies what aspects of an object are robust under a smooth deformation. For instance, we can squeeze, stretch, or twist a T-shirt, but the number its openings would still be four so long as we do not tear it apart. The discovery of topological phases of matter, highlighted by the 2016 Nobel Prize in Physics, suggests that certain quantum materials are inherently a combination of electrical insulators and conductors. This could necessitate a conducting boundary even when the bulk of the material is insulating. Such materials are neither classified as a metal nor an insulator, but a natural assembly of the two.

While the topological qualities of materials attract a lot of research interests, at present they are only realized in an exclusive set of exotic materials—such as the two-dimensional graphene. However, in a recent work, Prof. Adrian Po Hoi Chun, Assistant Professor from HKUST’s Department of Physics and his collaborator, Prof. Haruki Watanabe from the University of Tokyo, have discovered a surprising connection between topology and a large class of ordinary substances, including table salt.

Table salt, or sodium chloride, is one of the most common crystals frequently featured in high-school chemistry textbooks as a prototypical ionic compound. It’s long been believed that such well-known substances are topologically boring. However, the research team discovered that table salt can actually, in theory, realize a form of recently introduced, “higher-order” topology. Instead of conducting two-dimensional surfaces or one-dimensional edges, the zero-dimensional corner of a grain of salt showcases an anomalous behavior in which electric charges are effectively fractionalized into one-eighth of the fundamental unit of nature. Furthermore, the robustness of this topological property implies that even if the chemical structure is modified into other formats such as silver chloride or potassium fluoride, the result would still be upheld.

Prof. Watanabe said the connection between topological materials and everyday substances like table salt is totally unexpected. Prof. Po said the result suggests an overlooked aspect of topology in common ionic compounds. “The finding may inspire future design of nanoscale conducting quantum wires, or novel drug delivery methods, which are so often studied along with the salt dissolution processes,” Prof. Po said, adding that “it is amusing to realize how we ingest fractions of an electron with every meal.”

The work was published in Physical Review X.

Leading the way in superconductor research: New compounds of lanthanum and hydrogen


Citation:
Study reveals topology at the corner of the dining table (2022, January 28)