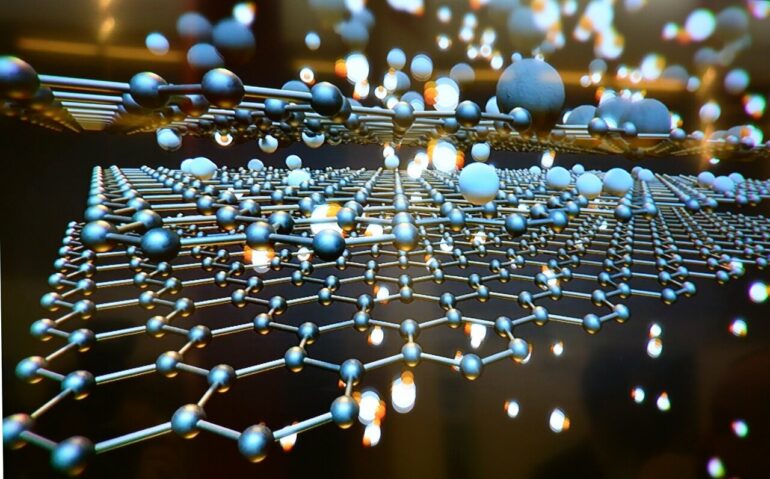 A team led by University of Minnesota Twin Cities researchers has discovered how subtle structural changes in strontium titanate, a metal oxide semiconductor, can alter the material’s electrical resistance and affect its superconducting properties.

The research can help guide future experiments and materials design related to superconductivity and the creation of more efficient semiconductors for various electronic device applications. The study is published in Science Advances.

Strontium titanate has been on scientists’ radar for the past 60 years because it displays many interesting properties. For one, it becomes a superconductor, i.e. conducts electricity smoothly without resistance, at low temperatures and low concentrations of electrons. It also undergoes a structure change at 110 Kelvin (-262 degrees Fahrenheit), meaning the atoms in its crystalline structure change their arrangement. However, scientists are still debating what exactly causes superconductivity in this material on the microscopic level or what happens when its structure changes.

In this study, the University of Minnesota-led team was able to shine some light on these issues.

Using a combination of materials synthesis, analysis, and theoretical modeling, the researchers found that the structural change within strontium titanate directly affects how electric current flows through the material. They also revealed how small changes in the concentrations of electrons in the material affect its superconductivity. These insights will ultimately inform future research on this material, including research on its unique superconducting properties.

“The backbone of human life relies on the discovery of new properties in materials, and scientists and engineers can use those properties to make new devices and technology,” said Bharat Jalan, lead author and Associate Professor and Shell Chair in the University of Minnesota Twin Cities Department of Chemical Engineering and Materials Science. “What this study shows is a connection between superconductivity and the material structure in strontium titanate. But perhaps even more importantly, it shows that a collaborative approach is essential to tackling complex problems in science and engineering.”

A key reason the researchers were able to make this discovery was the fact that they were able to synthesize a strontium titanate material that was extremely “clean,” meaning it contained very few impurities. To do this, they used a technique called hybrid molecular beam epitaxy (MBE)—an approach that Jalan’s lab has pioneered.

“The observed response of the superconducting properties to small changes in the density of electrons provides new pieces in the ongoing puzzle of superconductivity in strontium titanate,” said University of Minnesota School of Physics and Astronomy Professor and contributing author Rafael Fernandes, whose group handled the theoretical modeling aspect of the research.

This research was made possible by a collaboration between three University of Minnesota Twin Cities faculty members: Jalan, whose lab spearheaded the effort and handled the material synthesis and transport measurements; Fernandes, whose group performed the theoretical calculations; and School of Physics and Astronomy Associate Professor Vlad Pribiag, who specializes in the advanced measurement of properties in thin films.

“A lot of questions in modern science and engineering are so complex that they exceed a single discipline,” Pribiag said. “Having these collaborations available within the same college is extremely useful. You need all of these ingredients to solve a lot of problems.”