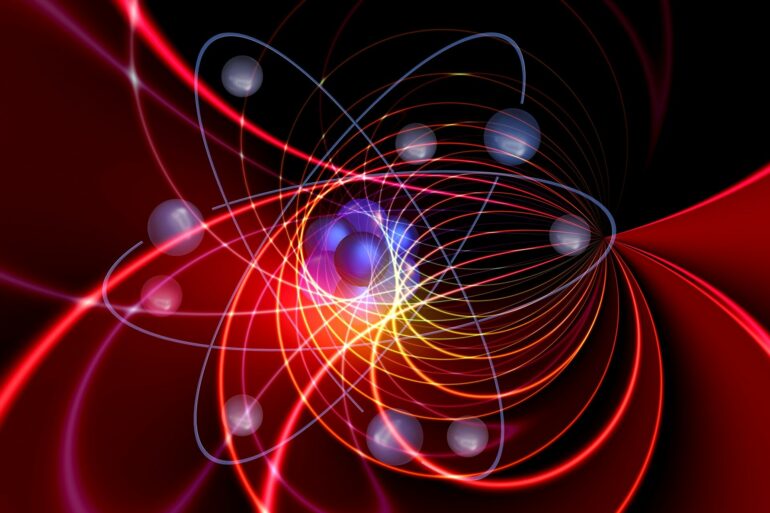 There has been a lot of buzz about quantum computers and for good reason. The futuristic computers are designed to mimic what happens in nature at microscopic scales, which means they have the power to better understand the quantum realm and speed up the discovery of new materials, including pharmaceuticals, environmentally friendly chemicals, and more. However, experts say viable quantum computers are still a decade away or more. What are researchers to do in the meantime?

A new Caltech-led study in the journal Science describes how machine learning tools, run on classical computers, can be used to make predictions about quantum systems and thus help researchers solve some of the trickiest physics and chemistry problems. While this notion has been shown experimentally before, the new report is the first to mathematically prove that the method works.

“Quantum computers are ideal for many types of physics and materials science problems,” says lead author Hsin-Yuan (Robert) Huang, a graduate student working with John Preskill, the Richard P. Feynman Professor of Theoretical Physics and the Allen V. C. Davis and Lenabelle Davis Leadership Chair of the Institute for Quantum Science and Technology (IQIM). “But we aren’t quite there yet and have been surprised to learn that classical machine learning methods can be used in the meantime. Ultimately, this paper is about showing what humans can learn about the physical world.”

At microscopic levels, the physical world becomes an incredibly complex place ruled by the laws of quantum physics. In this realm, particles can exist in a superposition of states, or in two states at once. And a superposition of states can lead to entanglement, a phenomenon in which particles are linked, or correlated, without even being in contact with each other. These strange states and connections, which are widespread within natural and human-made materials, are very hard to describe mathematically.

“Predicting the low-energy state of a material is very hard,” says Huang. “There are huge numbers of atoms, and they are superimposed and entangled. You can’t write down an equation to describe it all.”

The new study is the first mathematical demonstration that classical machine learning can be used to bridge the gap between us and the quantum world. Machine learning is a type of computer application that mimics the human brain to learn from data.

“We are classical beings living in a quantum world,” says Preskill. “Our brains and our computers are classical, and this limits our ability to interact with and understand the quantum reality.”

While previous studies have shown that machine learning applications have the ability to solve some quantum problems, these methods typically operate in ways that make it difficult for researchers to learn how the machines arrived at their solutions.

“Normally, when it comes to machine learning, you don’t know how the machine solved the problem. It’s a black box,” says Huang. “But now we’ve essentially figured out what’s happening in the box through our numerical simulations.” Huang and his colleagues did extensive numerical simulations in collaboration with the AWS Center for Quantum Computing at Caltech, which corroborated their theoretical results.

“The worry was that people creating new quantum states in the lab might not be able to understand them,” Preskill explains. “But now we can obtain reasonable classical data to explain what’s going on. The classical machines don’t just give us an answer like an oracle but guide us toward a deeper understanding.”

Co-author Victor V. Albert, a NIST (National Institute of Standards and Technology) physicist and former DuBridge Prize Postdoctoral Scholar at Caltech, agrees. “The part that excites me most about this work is that we are now closer to a tool that helps you understand the underlying phase of a quantum state without requiring you to know very much about that state in advance.”

“We are still at the very beginning of this field,” says Huang. “But we do know that quantum machine learning will eventually be the most efficient.”