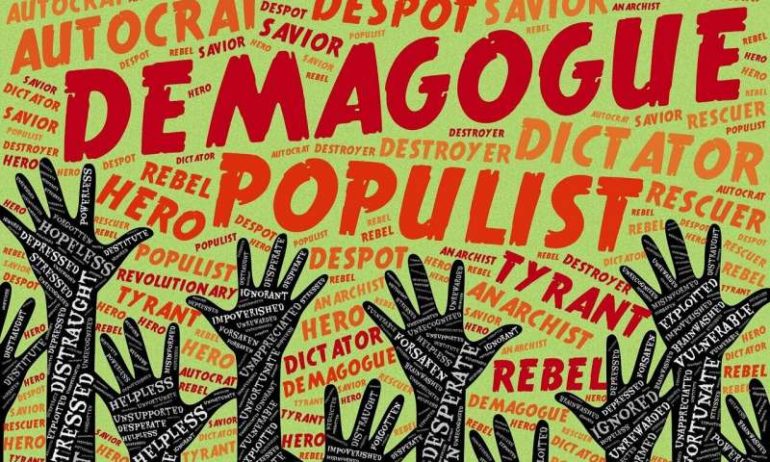 The rise of populist movements is changing political systems around the world. As support for these “anti-elite” movements intensifies, many are scrambling to understand whether economic decline and intensifying inter-group conflict are playing a role.

A model developed by a team of researchers—including Nolan McCarty of Princeton University—shows how group polarization, rising inequality, and economic decline may be strongly connected.

The model develops a theory that group polarization tends to soar in times of economic duress and rising inequality. Yet, even after financial conditions improve, these divisions may remain deeply rooted.

This is why strengthened social safety nets are needed to help minimize conflict across social, ethnic, and racial groups, the researchers argue in Science Advances.

“Times arise when national unity is needed, like we’re seeing now with COVID-19, but we shouldn’t wait for a public health crisis or war to bring people together. Policymakers and those in government should act now by investing in and protecting social safety nets that can prevent widening social and political divisions,” said McCarty, who is the Susan Dod Brown Professor of Politics and Public Affairs at the Princeton School of Public and International Affairs.

McCarty worked on the model with Alexander Stewart of the University of Houston and Joanna Bryson of the Hertie School in Berlin, Germany. Using models of cultural evolution and evolutionary game theory, the team designed their model to examine people’s willingness to interact with people outside their own social group.

The model is based on a few assumptions—the first being that an individual’s economic success is tied to interactions with others and the performance of the underlying economy. They also assume that people tend to mimic the behavior of seemingly “successful” people so that social behaviors can spread through the public.

The model may be helpful in explaining political trends seen around the world. First, the model supports theories arguing that economic shocks embolden those far-right movements predicated vilifying social out-groups. For example, the Great Depression and Global Financial Crisis both led to increased support for right-wing populists in a number of countries including the United States, and the United Kingdom.

When it comes to inequality, most models suggest that a significant wealth gap tends to empower those on the left, as they will seek income redistribution. The researchers’ new model doesn’t necessarily show such a shift, but instead a general move away from interactions across social identity groups. Since cross-group interactions are economically valuable, society gets poorer.

“Rather than continue the unproductive debate over whether ‘economic anxiety’ or group conflict is most responsible for our deeply divided politics, scholars should spend more effort considering the debilitating feedback between economics and identity,” said McCarty.