Preemies at greater risk for mortality in adulthood 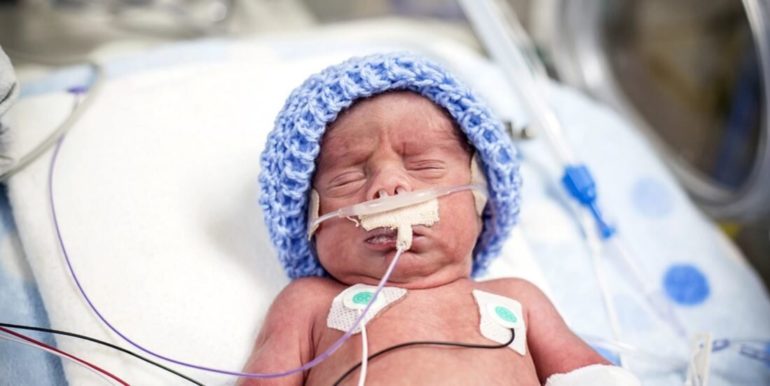 A new study of mortality among young adults born prematurely includes 6.3 million adults under the age of 50 in Norway, Sweden, Finland and Denmark. Among this group, 5.4 per cent were born before term, according to Professor Kari Risnes at the Norwegian University of Science and Technology’s (NTNU) Department of Clinical and Molecular Medicine and St. Olavs Hospital.

Researchers used national birth registers and compared them with the cause of death registers that all Scandinavian countries have.

“We already know that preemies have increased mortality in childhood and early adulthood. Now we’ve confirmed the risk of death from chronic diseases such as heart disease, lung disease and diabetes before the age of 50,” says Risnes.

The professor doesn’t want the numbers to scare people.

“It’s important to remember that most people who are born prematurely do well, and that treatment and follow-up are constantly improving. The significance of the finding is that prematurity is something that follows you through life as a vulnerability to some diseases,” Risnes says.

The study shows that the risk of preemies dying before the age of 50 is 40 per cent higher than for the population as a whole.

Researchers found that the risk of dying for individuals born before full gestation and who have chronic heart disease, lung disease or diabetes is twice that of the population as a whole. However, this group has no increased risk of death from cancer and stroke.

“We were surprised to see that the risk of death was higher even in people who were born as late as weeks 37 and 38, only a few weeks before full gestation. Although the extra risk was only about 10 per cent, this group makes up about 15 per cent of all births, and we have to try to map the causal relationships here,” she said.

Risnes believes that the results from the study should be factored in when doctors assess the patient’s risk of disease and their preventive advice for the patient.

“Our idea is that we should increase awareness in both the general population and among doctors so that the risk can be reduced. We need to recognize that prematurity is a factor to take into account when assessing risk, just like we do with a family history of heart disease, obesity or smoking,” Risnes said.

“These diseases are often preventable. Good treatment is important and can often longterm to maintain a good quality of life and avoid illness and death. We should be identifying lifestyle changes from an early age that reduce the risks, like more physical activity and avoiding obesity and smoking,” Risnes said.

One question still to be answered is whether a greater number of premature versus full-term infants develop these chronic diseases, or if they are just generally less well equipped to survive the diseases.

“We need to try to address this question in the next round of research. It may be that the diseases crop up earlier in premature babies. We don’t have data on this yet,” Risnes says.

In the 1960s and 1970s, only 20 to 30 per cent of the most premature infants reached 15 years of age. Today, their survival rate is over 90 per cent. This means that the strong ones, the survivors, were preemies in Risne’s study of adults.

“With better neonatal medicine, the proportion of the population born prematurely is growing,” says Risne. She believes it will be important to follow this population closely in terms of risk. In the study, individuals born prematurely around 1980 had a slightly higher risk of cardiovascular disease than those born around 1970.

The study doesn’t indicate that the social status of the mother or conditions of upbringing explain the increased risk of mortality. The researchers compared siblings to find out if the excess mortality was due to genetics or socioeconomic conditions.

“We found that risk of death for these diseases was higher for people born prematurely than for their full-term siblings. We concluded that the increased risk can’t be fully explained by genes, which siblings have in common, or by socio-economic conditions and living conditions in childhood,” says Risnes.

Dying in the first 50 years of life is rare. For 30-year-olds, the risk of dying is one in 1,000 per year, for 50-year-olds the risk rises to two in 1,000. Chronic diseases make up a minor percentage of these deaths. The researchers in the EU study chose to look at cancer, heart disease, stroke, chronic lung disease and diabetes because these are the most common chronic diseases that can be fatal.

In the past, it has been difficult to access other nations’ health databases. Risnes is very happy that such access was possible for this study. Robust results are easier to attain with such a large volume of health data. The findings of the study are consistent between countries.