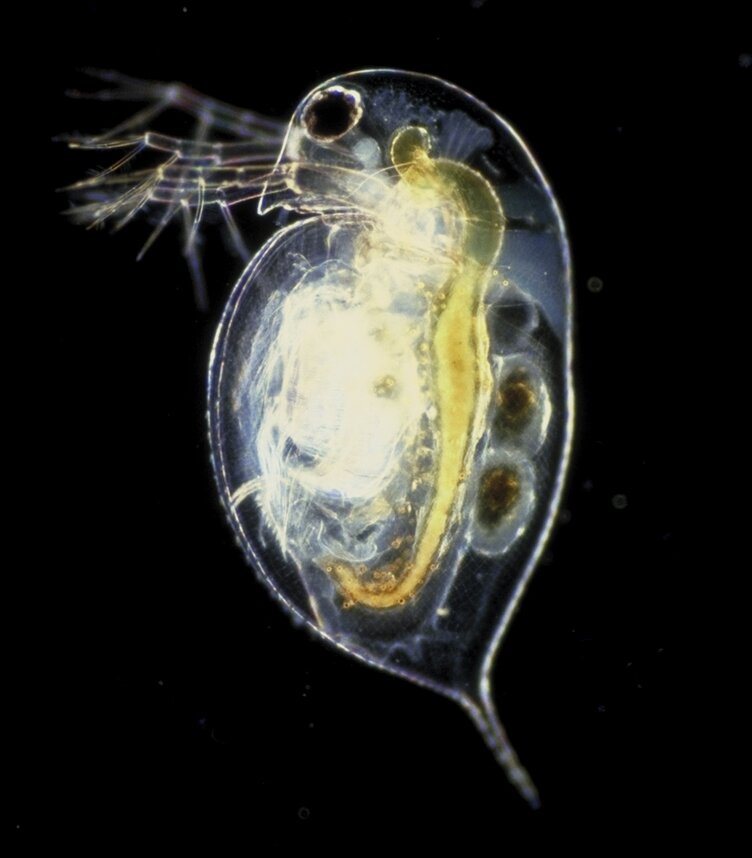 The extraordinary ability of animals to rapidly evolve in response to predators has been demonstrated via genetic sequencing of a waterflea population across nearly two decades.

In a new study, published in Nature Communications, scientists at the Universities of Birmingham in the UK, the Katholieke Universiteit Leuven in Belgium, and the Leibniz Institute for Freshwater Ecology and Inland Fisheries (IGB), Berlin, were able to identify more than 300 genes that vary in the genome of the waterflea.

These genes, which account for about about 3 percent of all sequenced waterflea genes, underpin changes in behavioral and life history traits that improve survival when exposed to predators.

Lead researcher, Dr. Anurag Chaturvedi, currently at the University of Birmingham’s School of Biosciences and former Ph.D. student at KU Leuven, explained: “We were able to quantify the genetic diversity of one particular Daphnia population over nearly two decades and show clearly how rapid evolution took place in response to environmental pressures. This type of research will be invaluable for understanding the potential impacts of future environmental changes on animal populations.”

The waterflea, or Daphnia, is central to the food webs of lakes and ponds. Its life cycle includes a dormant stage that can last for several decades. By awakening dormant stages through resurrection biology, scientists can quantify genetic changes at several time points in the past and observe evolution as it happens in nature.

In the study, the team was able to hatch dormant eggs that span two decades and to sequence the genome of 36 resurrected Daphnia from a fish-farming pond. During the two decades, the Daphnia population experienced a transition from no predation from fish to high fish predation and back to lower levels of predation. The team was able to uniquely match changes in predation pressure on Daphnia with changes in the DNA over time. In effect, the research was able to link specific changes in the environment of Daphnia with the evolution occurring in their genomes.

The team found that the required DNA variation to kick-start an evolutionary change that spreads through an entire population did not require more than five ‘founding’ individual Daphnia from the regional set of Daphnia populations.

This surprising result suggests that animal species such as Daphnia have a high capacity for adaptive evolution thanks to the fact that genetic variation is maintained at the landscape level—an important lesson for conservation biology.

Lead researcher, Dr. Anurag Chaturvedi explained: “Our ability to investigate populations that evolve across decades is invaluable for both fundamental and applied science discoveries”.