Remember Comcast’s worst ever salesman? Here’s a challenger from Adobe 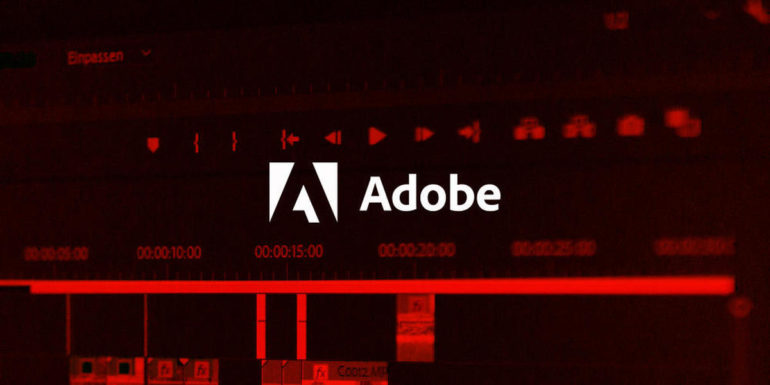 Peter Gorham knows he messed up.

Perhaps you won’t want to be on his side for the 87 minutes that followed.

Please, though, don’t dismiss this Canadian actuary before you hear his delightfully twisted online chat encounter with Adobe.

If, by the end, it reminds you at least a little of the infamous, overly committed Comcast retention agent who, a few years ago, just wouldn’t let a customer cut the cord, then at least you’ll have had some fun.

It all began on Dec. 27 last year at 5:17 pm. Gorham, an Ontario actuary, suddenly got a bill for $274.42 from the software company. This upset him a touch as he was sure he’d tried Acrobat Pro DC for three days, found it didn’t please him, and canceled it in the belief he’d get a refund.

“I accept that I messed up,” he told me. Actuaries don’t often do that, so this is remarkable honesty. “In fact, I have no recollection of even giving a credit card when I downloaded the software. So, likely Adobe was within their legal right to charge me.”

Gorham, though, wanted Adobe to look kindly on the fact that he’d deleted the software after three days and had in good faith tried to cancel.

He’d long been frustrated in finding a PDF editor that suits his precise needs. He’d tried Nuance. Finally, he went to Acrobat Pro but found its interface annoying.

“To me, it looks like the interface for Acrobat for Dummies, not an interface for pros,” he told me, as he sent me a transcript of what happened next.

First, The Bot. Then, The Human (Probably).

Gorham got online to chat with Adobe. He was first greeted by the company’s Customer Care Virtual Assistant. Aka a bot. Sadly, the bot had a limited sense of understanding Gorham’s issue. After six minutes, it promised to find a human who could help.

The (probably) human, named Alisha, reviewed Gorham’s account and offered: “I can see you have Acrobat Pro DC, which is active.”

At this point, you might think human and customer might come to a compromise. Alisha could have chosen either to believe Gorham or not. She could have played hardball or not.

Instead, she offered: “The plan can be installed in any other two systems.”

“But I don’t want it!” Gorham replied.

Alisha was undeterred: “So, how you wish to proceed with the plan?”

“I don’t want the plan. I want a refund for the cost of the plan. I tried the product for three days and then I tried to cancel during the trial period. I assume I messed that up.”

Alisha proceeded to explain that 14 days had passed, ergo a refund couldn’t be offered.

Gorham persisted: “I got billed $274.42 on my credit card. Please refund that amount. But I tried to cancel after three days! There was no way to know I messed up until I got my credit card statement.”

A Coming Together. Of Sorts.

After a little more back and forth, Alisha promised to find a solution.

And what a solution she found: “To help you here, I can change your plan and place a new order for Acrobat Pro DC with our discounted price of USD $9.99 per month along with free three months.”

Alisha thought she was being reasonable. She added: “And once you will accept the offer, I will also cancel your old plan with the last charge full refund. This is the best I can do for you.”

So, to get his refund Gorham would have to sign up again for the product he expressly didn’t want?

Gorham asked what seemed like a simple question: “And, if you do that, can I immediately cancel that new plan?”

Alisha offered an odd riposte: “I will send you the terms and conditions before placing the new order. However, we offered free three months so that you can continue with the new plan along with the monetary savings. So, may I proceed?”

May I allow my eyes to bulge a touch?

Gorham tried to hold his ground, and his equilibrium: “I understand. But I do not like Acrobat Pro DC. I do not want it for free. I do not want to pay for it.”

He’d said that before, of course.

Alisha then had an idea: “To help you here, I can change your plan and place a new order for Photography plan with the price of USD $9.99 per month along with free three months.”

Gorham was losing heart: “But if the only way to get this resolved is to switch plans and then cancel the new plan, that’s OK.”

Back to Alisha: “Adobe Creative Cloud Photography plan includes Lightroom and Photoshop, so you can easily edit, organize, store, share, and transform your images. This package also includes 20GB of cloud storage.”

Gorham wanted to know how long he would have to pay for all these things he didn’t want.

“The plan will be for 12 months. However, the free months will be included under 12 months only,” replied Alisha.

Gorham stooped to pleading: “But I do not want 12 months of Acrobat Pro DC. I just want my money refunded. Alisha, please understand I hate Acrobat Pro DC.”

“It will be Photography plan,” replied Alisha.

Thank You For Your Service. Or Not.

At 6:44 pm, 1 hour and 27 minutes after it had all begun — there were occasional silences, lasting up to 15 minutes — Gorham heard from a seemingly capitulating Alisha: “I have successfully canceled the subscription. And you will get the confirmation email shortly. I have initiated the refund as well, which you will receive in 5 to 7 business days.”

Naturally, I sent the transcript to Adobe and have repeatedly asked for its view on these 87 minutes. I will update, should I hear.

I’m sure that Alisha was following some sort of script. I’m sure her positivity was professionally genuine, as was the Comcast retention agent’s. But this was quite a palaver.

When the chat was concluded, Gorham received one final message from Alisha: “Happy to help. You may receive an email with a survey link. Please take a moment to rate your experience and help us improve. Thanks!”