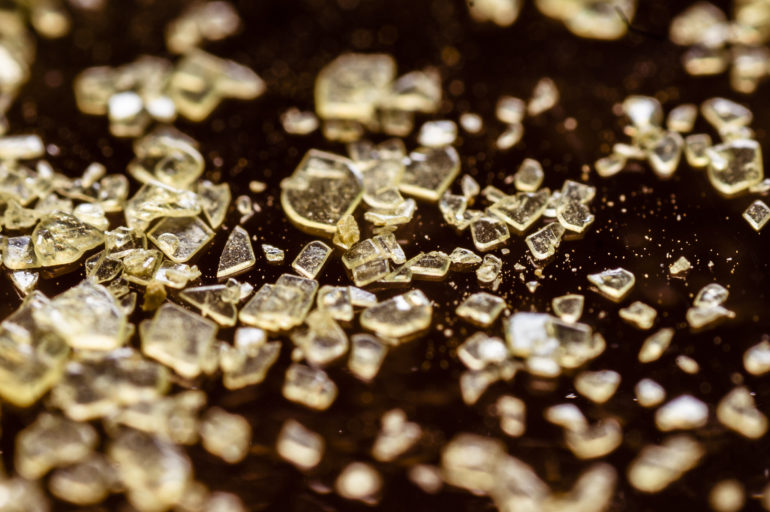 The efficiency of solar cells can be increased by exploiting a phenomenon known as singlet fission. However, unexplained energy losses during the reaction have until now been a major problem. A research group led by scientists at Linköping University, Sweden, has discovered what happens during singlet fission and where the lost energy goes. The results have been published in the journal Cell Reports Physical Science.

Solar energy is one of the most important fossil-free and eco-friendly sustainable sources of electricity. The silicon-based solar cells currently in use can at most use approximately 33% of the energy in sunlight and convert it to electricity. This is because the packets of light, or photons, in the sun’s beams have an energy that is either too low to be absorbed by the solar cell, or too high, so that part of the energy is dissipated to waste heat. This maximum theoretical efficiency is known as the Shockley-Queisser limit. In practice, the efficiency of modern solar cells is 20-25%.

However, a phenomenon in molecular photophysics known as singlet fission can allow photons with higher energy to be used and converted to electricity without heat loss. In recent years, singlet fission has attracted increasing attention from scientists, and intense activity is under way to develop the optimal material. However, unexplained energy losses during singlet fission have until now made it difficult to design such a material. Researchers have not been able to agree on the origin of these energy losses.

Now, researchers at Linköping University, together with colleagues in Cambridge, Oxford, Donostia and Barcelona, have discovered where the energy goes during singlet fission.

“Singlet fission takes place in less than a nanosecond, and this makes it extremely difficult to measure. Our discovery allows us to open the black box and see where the energy goes during the reaction. In this way we will eventually be able to optimize the material to increase the efficiency of solar cells,” says Yuttapoom Puttisong, senior lecturer in the Department of Physics, Chemistry and Biology at Linköping University.

Part of the energy disappears in the form of an intermediate bright state, and this is a problem that must be solved to achieve efficient singlet fission. The discovery of where the energy goes is a major step on the way to significantly higher solar cell efficiency—from the current 33% to over 40%.

The researchers used a refined magneto-optical transient method to identify the location of energy loss. This technique has unique advantages in that it can examine the ‘fingerprint’ of the singlet fission reaction at a nanosecond timescale. A monoclinic crystal of a polyene, diphenyl hexatriene (DPH), was used in this study. However, this new technique can be used to study singlet fission in a broader material library. Yuqing Huang is a former doctoral student in the Department of Physics, Chemistry and Biology at Linköping University, and first author of the article now published in a newly established journal, Cell Reports Physical Science:

“The actual singlet fission process takes place in the crystalline material. If we can optimize this material to retain as much as possible of the energy from the singlet fission, we will be significantly closer to application in practice. In addition, the singlet fission material is solution processable, which makes it cheap to manufacture and suitable for integration with existing solar cell technology,” says Yuqing Huang.