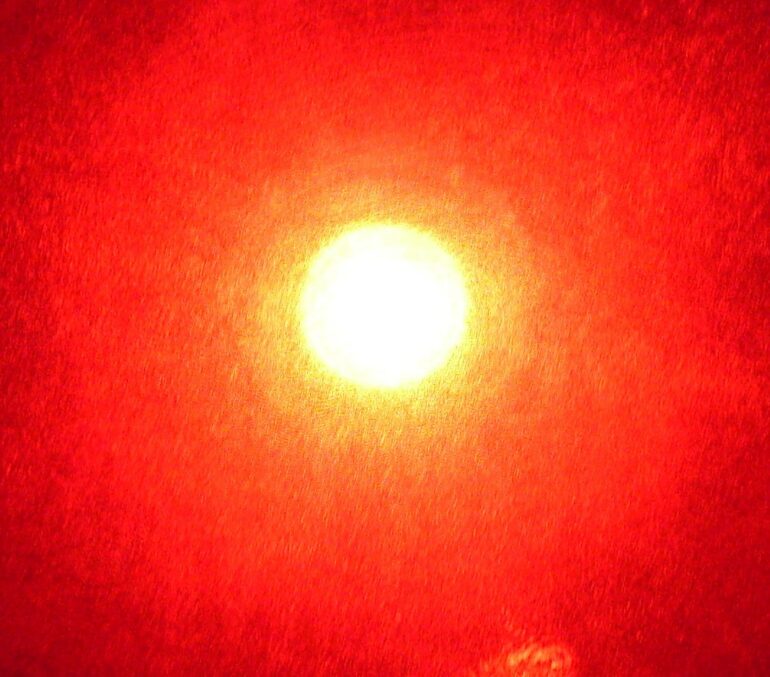 Russia is building a new ground-based laser facility for interfering with satellites orbiting overhead, according to a recent report in The Space Review. The basic idea would be to dazzle the optical sensors of other nations’ spy satellites by flooding them with laser light.

Laser technology has evolved to the point where this type of anti-satellite defense is plausible, though there is limited evidence of any nation successfully testing such a laser.

If the Russian government is able to build the laser, it would be capable of shielding a large part of the country from the view of satellites with optical sensors. The technology also sets the stage for the more ominous possibility of laser weapons that can permanently disable satellites.

A laser is a device for creating a narrow beam of directed energy. The first laser was developed in 1960, and since that time, there have been several types created that use different physical mechanisms to generate photons, or particles of light.

Gas lasers pump large amounts of energy into specific molecules such as carbon dioxide. Chemical lasers are powered by specific chemical reactions that release energy. Solid-state lasers use customized crystalline materials to convert electrical energy into photons. In all lasers, the photons are subsequently amplified by passing them through a special type of material called the gain medium and then focused into a coherent beam by a beam director.

Depending on the photon intensity and wavelength, the directed beam of energy formed by a laser can create a range of effects at its target. For example, if the photons are in the visible part of the spectrum, a laser can deliver light at its target.

For a sufficiently high flow of high-energy photons, a laser can heat, vaporize, melt and even burn through the material of its target. The ability to deliver these effects is determined by the power level of the laser, the distance between the laser and its target, and the ability to focus the beam on the target.

Xbox Series X stock is back at Amazon, but you’ll need to act fast

The various effects generated by lasers find widespread applications in everyday life, including laser pointers, printers, DVD players, retinal and other medical surgery procedures, and industrial manufacturing processes such as laser welding and cutting. Researchers are developing lasers as an alternative to radio wave technology to boost communications between spacecraft and the ground.

Lasers also find widespread application in military operations. One of the best known is the Airborne Laser (ABL), which the U.S. military intended to use to shoot down ballistic missiles. ABL involved a very large, high-power laser mounted on a Boeing 747. The program was ultimately doomed by the challenges associated with the thermal management and maintenance of its chemical laser.