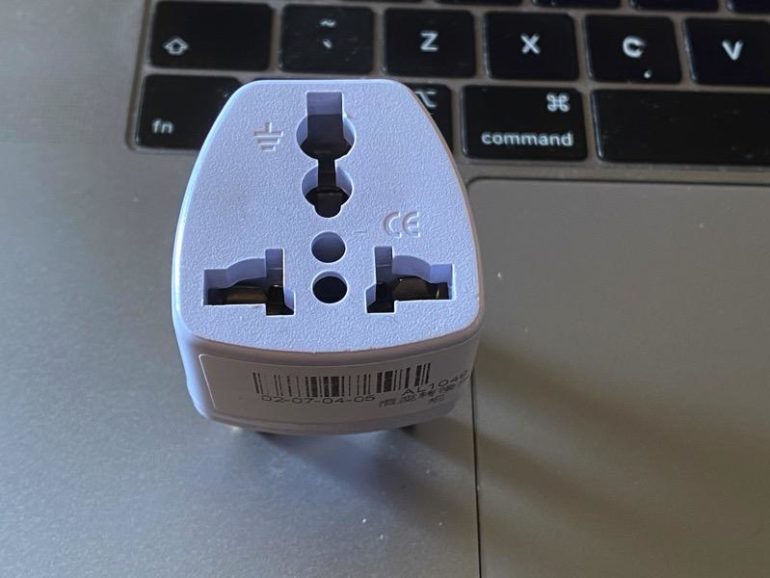 I’m increasingly seeing cheap ‘universal’ adapters being supplied with, how shall I put this, budget electronics from places such as eBay.

If you have one, don’t used it. They’re deathtraps in more ways than one.

Note: The one I’m looking at here is the UK version, but I’ve seen plenty of US versions too.

First off, the holes in the front are huge and do not feature any safety shutters. They’re the perfect size for curious kids to get their fingers into and get an electric shock. Also, they could allow metal objects such as pens to touch live contacts.

That’s bad, but things get worse.

For the UK version, the earth pin — the big, chunky pin at the top — is not electrically connected to the internals, so it’s there for show only (and to open the socket, because UK outlets have a safety shutter that’s opened by the earth pin).

The design of this adapter is such that it is also possible to plug the earth pin of another plug into the live outlet, which will essentially electrify at mains voltage the metal housing of the connected product.

Also, on the inside, these things are terrible. I had this plugged in under a light load for a few seconds, and it started to overheat and is showing a significant burn mark on the poor electrical contacts.

They’re a deathtrap, and any CE markings on the outside are bogus.