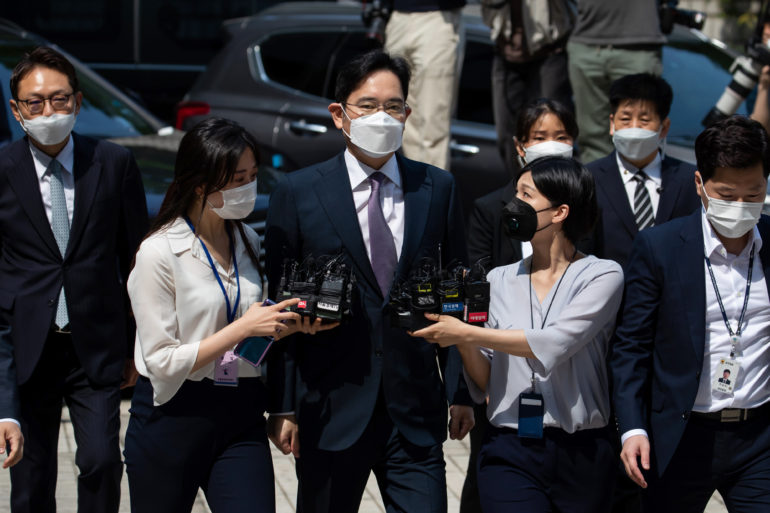 SINGAPORE — Shares of groups related to South Korean-conglomerate Samsung Group plunged on Monday after Samsung heir Jay. Y Lee was sentenced to two and a half years in jail by a South Korean court on Monday.

By Monday’s market close in South Korea, shares of industry heavyweight Samsung Electronics fell 3.41%. after dipping more than 4% earlier in the session.

Samsung related shares dragged down South Korea’s broader index, and the Kospi fell 2.33% by the close of the trading day.

Lee’s return to prison came after a retrial of a bribery case involving former President Park Geun-hye, according to local news agency Yonhap.

“In this case, a company’s freedom and right to wealth were violated due to the abuse of power by the former president,” Lee’s lead attorney said in a statement given by Samsung Electronics, according to a CNBC translation.

The 52-year-old Samsung scion was unexpectedly freed from jail in 2018 after a South Korean appeals court suspended his prior jail sentence. He was previously charged with giving 29.8 billion Korean won (around $27 million) worth of bribes and promising to give more, Yonhap reported.

Former president Park recently had her 20-year prison sentence on graft charges upheld, according to Reuters.